Finally in almost two years, BlackBerry Ltd. has released a new smartphone, which it calls BlackBerry Passport to resemble the feel of carrying the international emblem of everything mobile.

The launch of BlackBerry Passport is part of CEO John Chen’s endeavor to help the company get back to its feet and regain the status as the leader in the mobility arena, which it once enjoyed during the incipient years of smartphones. And despite vague figures of demand for the new BlackBerry product, Chen is resolved to pursue his turnaround plan. 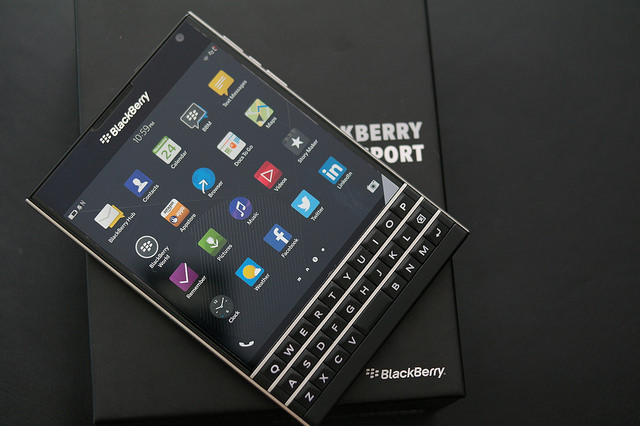 Passport sports a 4.5-inch display with a nearly perfectly square shape. The device was unveiled concurrently in Toronto, London and Dubai, packing a full-house of apps the company intends to sling toward professionals in a move to draw back a market it once dominated.

The square screen of Passport is quite a big leap from the traditional rectangular display commonly seen on BlackBerry’s competitors. The new physical key is also designed to scroll through apps on the upper portion of the screen.

The launch finally lived up to its schedule after some major delays in the past unveiling of BlackBerry phones, which caused setbacks on the company’s market foothold that it eventually lost to Android and iPhones. IDC reported that BlackBerry now has barely 1 percent of the market worldwide during the second quarter of this year.

BlackBerry is also set to introduce another device, called BlackBerry Classic in the next few months or so and Chen believes this new phone will reach even greater heights than the Passport in terms of sales, though he has yet to prove that claim. The Classic is expected to have every semblance of the BlackBerry Bold, carrying the device’s conventional qwerty keyboard and trackpad. The keyboard, however, includes only letters, backspace, return and the space bar.

Passport will cost $599 in the United States, and that is without a carrier contract yet. In comparison, the iPhone 6 and 6 Plus are priced at $649 and $749, respectively, quite drawing a demarcation line between the two companies’ new offerings.

BlackBerry hopes to see their expectations of the Passport sale being exceeded by actual market reception when the product goes on sale later this year.

AT&T is in agreement with BlackBerry to sell the Passport smartphone, but as to when remains undecided. Nonetheless, Passport is already for sale online in the U.S., U.K., Canada, France and Germany. Amazon will also offer the new phone to at least 30 countries.