The picture does not show much of the device except for the front view. It shows that the new BlackBerry 10 R Series will have a full physical QWERTY keyboarded just like the traditional BlackBerry devices usually have on them. The picture also shows a square touch display right on top of the QWERTY. 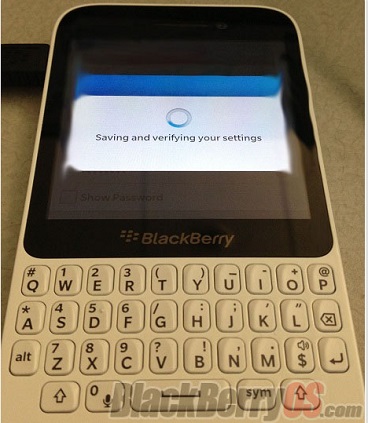 It might be a fake but there is also a sketch of the BlackBerry 10 R Series device that popped up online showing the formation of the smartphone. From the sketch, it shows that the device have 2 slots on the left side (device being supposedly held upside down in the sketch), one for the micro SD card for external storage expansion and other for the micro sim.

The key thing here to notice is that, when we look at the placement of the micro sim being given so easily to the user of the smartphone, it looks that this new BlackBerry 10 R Series smartphone will be an ideal choice for business people who use to travel a lot and need to change their sim on daily basis due to network coverage.

The phone is also rumored to have 8GB internal memory which is half of what is offered in other two devices in the BlackBerry 10 series. This also hints to the fact that this might be a low version smartphone with lesser specs than the previous two and also having a lesser price tag. This will attract more users to buy the new BlackBerry 10 R Series smartphone and test the new BlackBerry OS. The phone is also expected to have the same battery as the Z10 device at 1800 mAh.

It still remains a mystery as to when BlackBerry will launch the BlackBerry 10 R Series smartphone because if it happens anytime during this year, then it contradicts the expected roadmap picture leaked few days ago.