The Black Friday of 2012 is coming in just a few days and retailers have already announced special discounts for the shopping holiday. It would be a mistake if shoppers don’t check out the deals carefully because many of them are not priced lower at all.

If you are looking for electronics or online deals this week, this is really a good time for shopping. Be sure to check out the 4 apps and websites for Black Friday if you haven’t.

Here is the summary of the most prominent Black Friday deals in stores and online.

HostGator will offer 50% OFF on all of their hosting services, including shared hosting, reseller hosting, VPS hosting, Dedicated servers and Windows hosting. Particularly, here are the pricing of hosting packages:

If you purchase a domain with web hosting, you will only have to pay more $1.95. This is the best offer of the year. It will begin at midnight Friday, November 23rd, 2012 CDT and run until 11:59PM CDT of the same day. 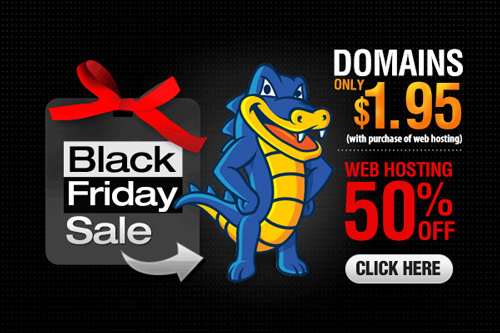 GoDaddy is kicking off Black Friday deal early and it will last all weekend. They are dropping price of new .COM domain name to just $1.99. To apply, just enter SMCOM199 promo code in your cart at checkout.

Studiopress is offering 25% off everything this week only. In order to see the deal, you must use this link to purchase. Then the price will be dropped as following:

Amazon has been launching a lot of Black Friday discounts throughout this week. A lot of TVs, cameras, computers, laptops and other gadgets has been on sale such a $499.99 Dell Inspiron i14z 14-Inch Ultrabook or a Samsung 32-Inch 720p LED HDTV for $247. Deals on Xbox 360 and Playstation 3, as well as home items can also be found on Amazon.

There are a lot more deals being updated every hour, you can keep track of them here. 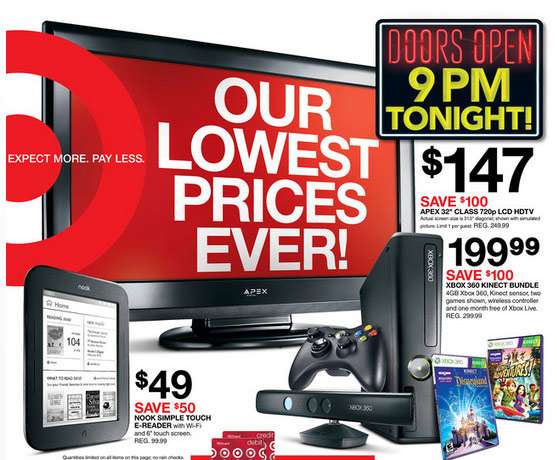 Target stores will open on Thanksgiving Day at 9 p.m. You can check out all deals of Target here. Following are some notable deals you can find there:

Besides, you can see some notable deals such as the Xbox 360 bundle for $149, Nook 8GB tablet for $100 and many cheap HDTVs are also featured. Check out the whole events here.

Best Buy will open stores at midnight on Thanksgiving day. They post a huge list of devices that will go on sale this Friday. Following are some deals that you shouldn’t miss: