2012 is a big year for technology giants. Although there are some disasters, we can’t deny that this is a successful year of the technology world. One of the most important factors contributing to the success is obviously their advertising campaigns. Therefore, it is understandable why they spend millions for this sector.

Each time a corporation releases a product, they often reveal the commercials to attract people. Many of the commercial fail, but some were huge success and help the product have a great launch. Notably the best ad of the year doesn’t belong to a US-based corporation. Here are the most beautiful and inspirational ads of 2012 that you can’t forget.

The ad just shows design of the Microsoft Surface but it is very attractive as viewers can see the premium look and material of the tablet. Bill Gates commented “Whoever made this: contact me. I have a job for you.”

This is a mini-movie telling the story of a daughter and a dad. The daughter has arrived at college and she connected to her dad through Google services. 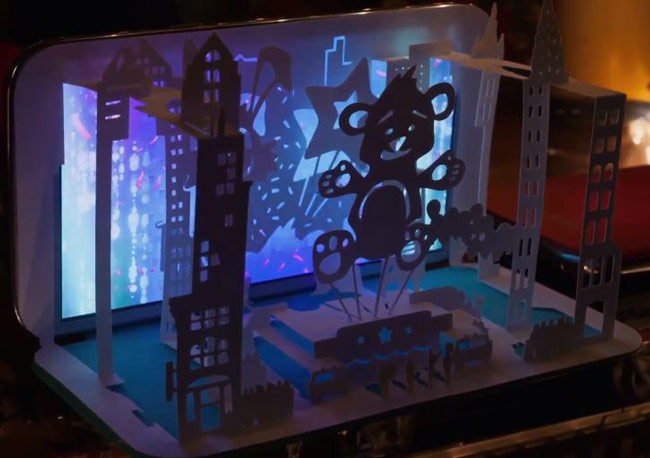 This is the holiday ad of the Samsung Galaxy Note 2. It shows beautiful Kirigami (the art of cutting and folding paper) with the Paper Artist app. With the large screen, users can not only consume content but also become the content creator. I never planned to buy the Note 2 but it is in my wishlist now.

Google showed off some great feature of their R&D project. The Google Glass is a pair of eyeglasses where the lens is a heads-up display and it shows information in smartphone-like format. Users can interact with the device via voice commands.

1. Samsung Galaxy S3 – The Next Big Thing is Already Here

The ad was launched during the iPhone 5’s release. It shows the fact that many iFans are so crazy about Apple products while they are just for pained hipsters and old folks. And this ad was so effective, Samsung Galaxy S3 became the most popular smartphone worldwide 1 month later.

What commercials do you love this year? Share with us.