Games are the one of the best entertainment among the youths worldwide. With gaming contests and gaming shows taking place all round the year, there’s a feverish demand for games among the public. The demand of the gaming industry has also risen exponentially with the launch of gaming platforms and top-notch multimedia companies entering the gaming industry. Today we take a look at the top games in Mac. Previously the gamers had limited choices in games in Mac. But now after Apple switched to the architecture of Intel ×86, gaming in Mac has reached a all new level. Most of the top games in Mac are shooter games.

With improved graphics and animation, they have reached immense heights. So here are the top five games for MAC which can take your breath away:

Bio-shock is an amazing first person shooter game. It has got some scientific and political undercurrents running throughout the games. It has some amazing weapons and one can have weird extraordinary powers as one progress through the game. This game is based upon a character in the novel “Atlas Shrugged” by Ayn Rand. The main character was Andrew Ryan in the book.

The story of the game is that scientists, through genetic engineering have started to impart super-human powers to the people of the place ‘Rapture’. But no limit is set as to how much powers can a person get. So an obvious side-effect which appears long-term is insanity. So the player will have to decide for themselves how much of superpower will they inject in themselves while exploring the areas. A unique and challenging game that will keep you hooked. 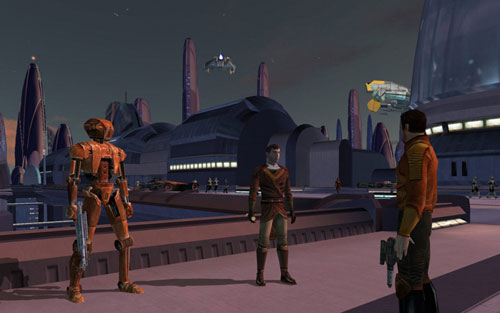 This game can be easily said to be one of the top games of all time. The setting of the game is in the world of Star Wars. During every step of the game, minute decisions can get you to be a hero or to the negative side. One can for a team of his own warriors here, train in the powers of Jedi and much more. The possibilities are endless. Here the player plays the central role of a Jedi Knight. The mission is to explore the innumerable planets and eliminate the Dark Forge which grants power to the Sith, the dark wizards. A brilliant game which one must play if they have a fascination for Star Wars. So grab Star Wars: Knights of the Old Republic whenever you can set aside a chunk of time for this highly engrossing game.

3. Call of Duty 4- The Modern warfare

We all know the expectations that we have from ‘Call of Duty’ series and this version surely supersedes the previous ones. Call of Duty 4 is an awe inspiring war game in which you are a soldier navigating through the ground. Here you can drive tanks, fly aeroplanes, call for air-strikes and do virtually anything you can imagine. This game has also an enticing storyline like all ‘Call of Duty’ games has which will keep you captivated till the end. The hype doesn’t betray the hope when it comes to this game. 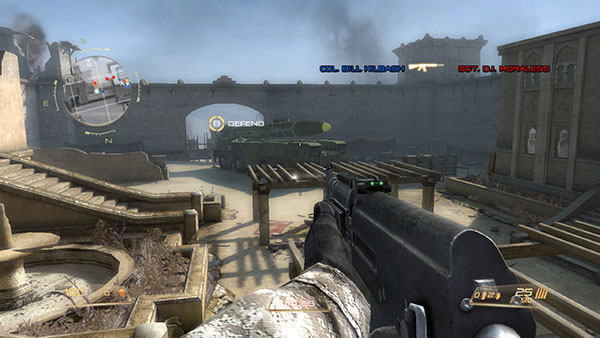 Modern Combat Domination is strictly a multiplayer game. The game has six multiplayer modes and five maps. This game is typically played through matches where one begins with a limited cash to buy inventories and weapons. And as you win, your level increases and there is more items through which one can customize his character. One of the main reasons for which Modern Combat sells well is because it is move compatible. The game has an amazing responsive and tight motion controls. The only downside to this game is the beginners will have to put in an extra few hours to upgrade their gears and inventory. Overall, a game with good, if not great gameplay and graphics.

Civilization 4 is a strategy game which covers almost every era of human civilization. This game has a more micro approach in which one has to construct a city, make it self-reliant economically and then seek independence by fighting with the armies of the king’s. A one progresses through the game one will be pleasantly surprised by the new strategies that he will discover and the many twists and turns of the game. Overall a game which can keep you addicted for hours.

So for all those who would love to catch some brilliant games on their Mac, go for these games as soon as possible. And enjoy the ride through the adventures and fantasies!