When cooking, most old-fashioned cooks will have a box filled with passed down recipes from generation to generation. Along with these recipes, those found online, and others you’ve created yourself, it can be hard to have all of the recipes organized into one place. That’s until there is the introduction of recipe organizers like Basil and Paprika. Both applications are similar, however they both have their own unique features. Today, we will take a look at both applications to see the similarities, differences, and who wins in the end.

Both applications are very similar in the sense of set up. They remind me, in some ways, like a guidebook, where retrieval of important information is quite easy to do. Both applications have tabs that open to the left side, allowing you to pick meals based on whether they are for appetizers, breakfast, lunch, or dinner. In terms of being visually appealing, if you like the motto “less is more”, then Basil is the certain winner. However, for those who want a lot of photos to accompany a recipe, then Paprika is more eye popping. With simplicity, however, comes the ability to find Basil easy to navigate.

Both applications give you the ability to import recipes from some of your favorite websites. Currently, if this is the reason you want to check out either site, then Paprika will win in terms of the amount of sites supported. Paprika supports around 50 sites to import, while Basil supports a mere ten. However, this shouldn’t be the only reason to drop Basil. If the only ten supported sites are ones that you frequent the most, then you won’t see the smaller amount of supported sites as a disadvantage.

Both applications have the option of adding your own recipes and even making use of fun tools, like in application timers. However, one leg up that Paprika has over Basil is the support of grocery lists. Paprika allows you to create grocery lists that you can print using iPrint. Both applications have great searching tools, allowing for quick referral to favorite recipes. The search tools also make this possible. As you might can tell from the feature sets, Paprika is a bit more expensive than Basil. Paprika is available for $4.99 on the Mac App Store; Basil is available for $3.99.

The Best of Basil 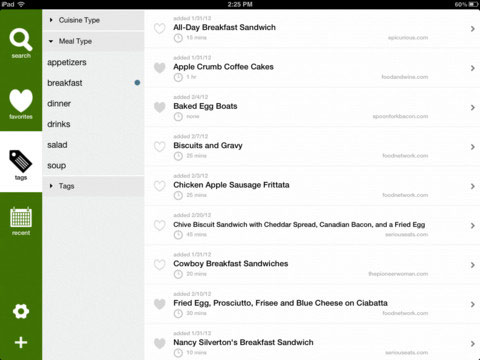 It may seem that the cat is in the bag for Paprika, however, Basil has a couple of aspects that may appeal to some individuals in the kitchen. Basil is less expensive than Paprika. In addition, the cleaner interface can make it a lot easier to focus on the recipe at hand, rather than distracting graphics. This, in return, gives you iPhone’s memory a bit of help, with Basil being a bit smaller of a file than Paprika. While both applications have great search tools, Basil has some advantages, including automated tagging based on the ingredients included in the recipe.

The Best of Paprika 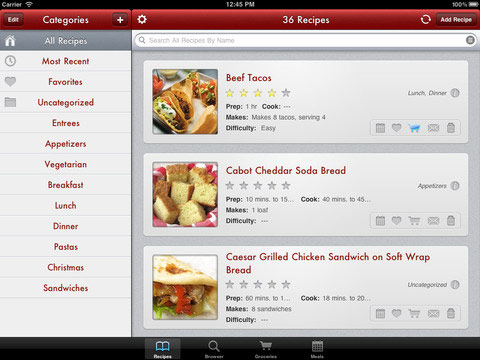 As you can tell, Paprika has many advantages. Paprika has the ability to create grocery lists for the ingredients you need in your recipe. Paprika also is more visually appealing and has more websites that are supported for importation of recipes into the application. While it is a bit more expensive, the features that are included compared to Basil, make it a wise choice.