With the rise of Mini PCs over the last five years or so, the Access3 developed by Azulle, hopes to be a top competitor for enthusiasts and consumers. Engineered to be smaller than an iPhone 6, this Windows-loaded Access Plus successor is your portable, yet surprisingly powerful replacement for a desktop, laptop or even streaming devices. The Windows OS is a strong selling point as most consumers are familiar with the operating system.

In addition, the stick PC is also very simplistic and easy to hide. The Access3 plugs right into any compatible HDMI port and you will have access to a complete Windows experience with all the uses seen on desktops, laptops and tablets. This includes working on documents, surfing the web, gaming and even watching the latest season of Stranger Things on Netflix. The use of mice, keyboards and the such are very easy to hook up and this makes using the computer that much easier. 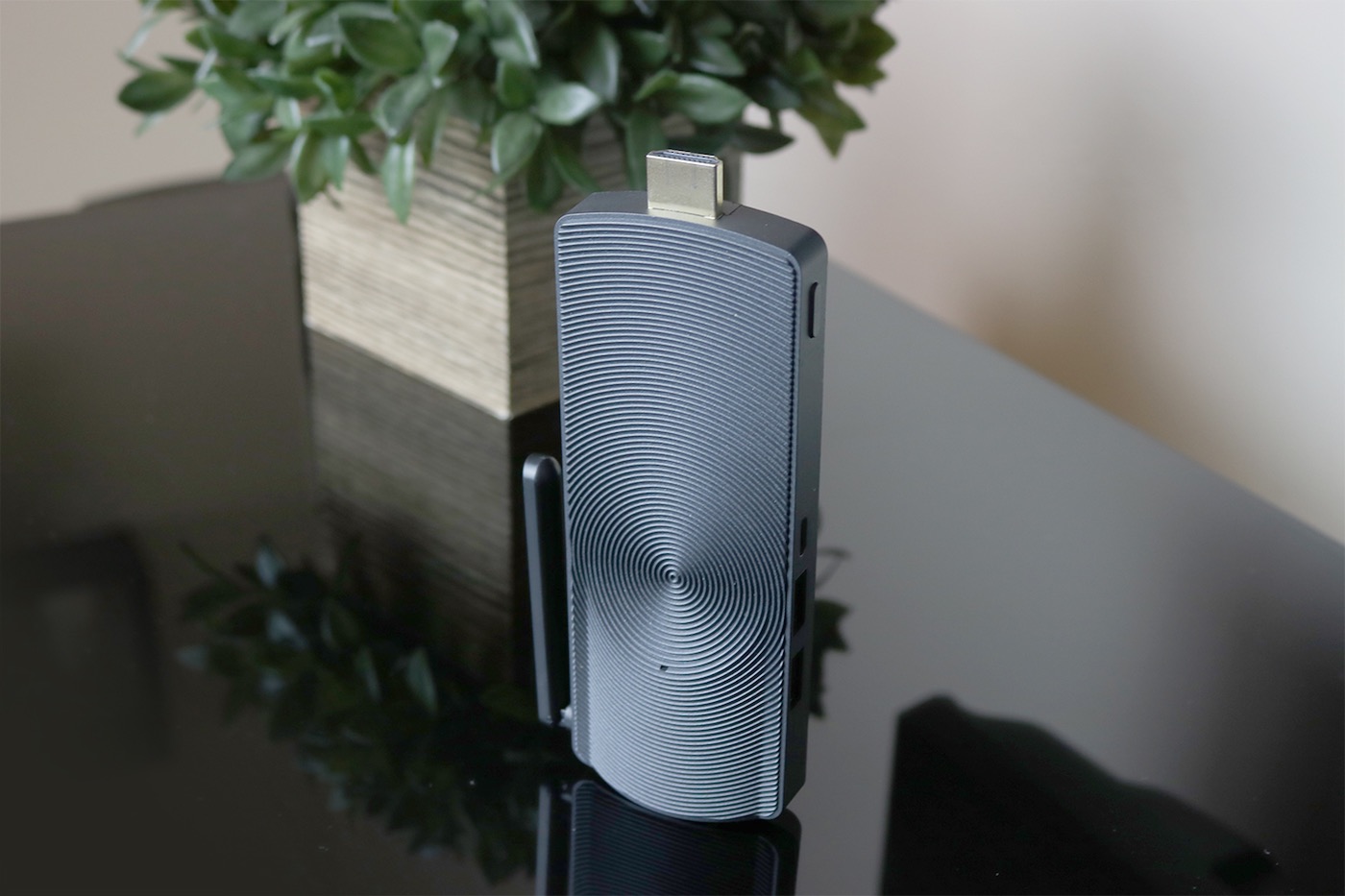 The Access3 can be an excellent office, or small business PC. These stick PCs can be easily hidden and therefore clean up cluttered desks of desktop towers, and laptop docks. Besides having a clean office or home space, it will be quieter as well, as the Access3 features a fan-less design. While using the computer at home or work is great, the best part is the portability and readiness of the Access3. The device easily fits in a bag and is much lighter than traditional laptops. This makes packing for work or vacation much less stressful and now you have extra room to bring home those gifts for the family. With most computers, there come some downsides to having a PC this tiny. First, if there is no available display, your Access3 will unusable. Secondly, with the smaller size, it may be easier to lose in larger bags. 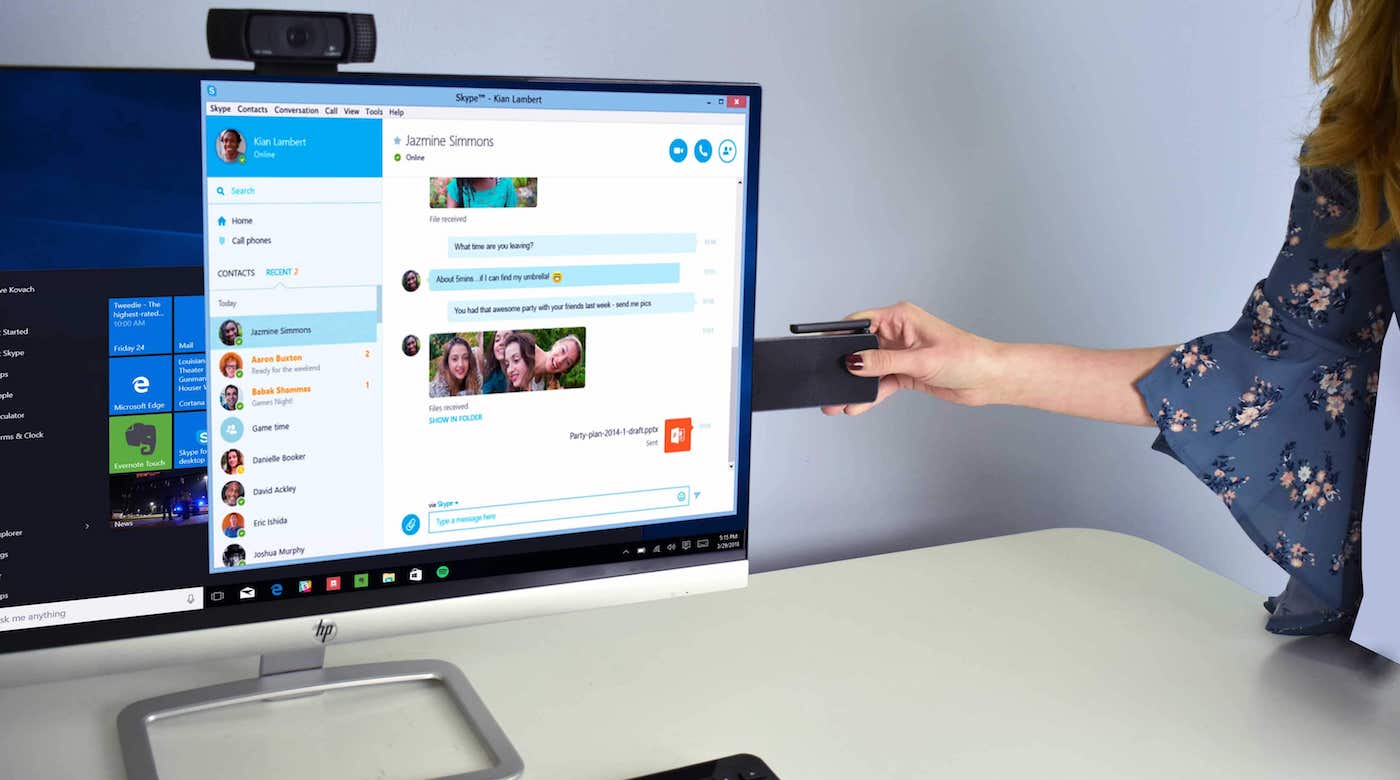 Advancing on towards the tech specs, this tiny PC is quite equipped to handle day-to-day tasks.  Showing improvements from the last few generations, this pocket-sized computer contains an Apollo Lake CPU. The featured CPU is the Intel Celeron N3450, a Quad-Core chip with a base frequency of 1.1Ghz. Video is being run with the Intel HD built in. Other items being featured on the new model is both Ethernet and wireless connectivity, Bluetooth capability, audio jack for headphones and dual USB ports. According to the Azulle release, this is the first mini PC stick with an option for LAN connection. This helps to bring faster speeds, up to one Gigabit for the Access3, a more attractive alternative than wireless. 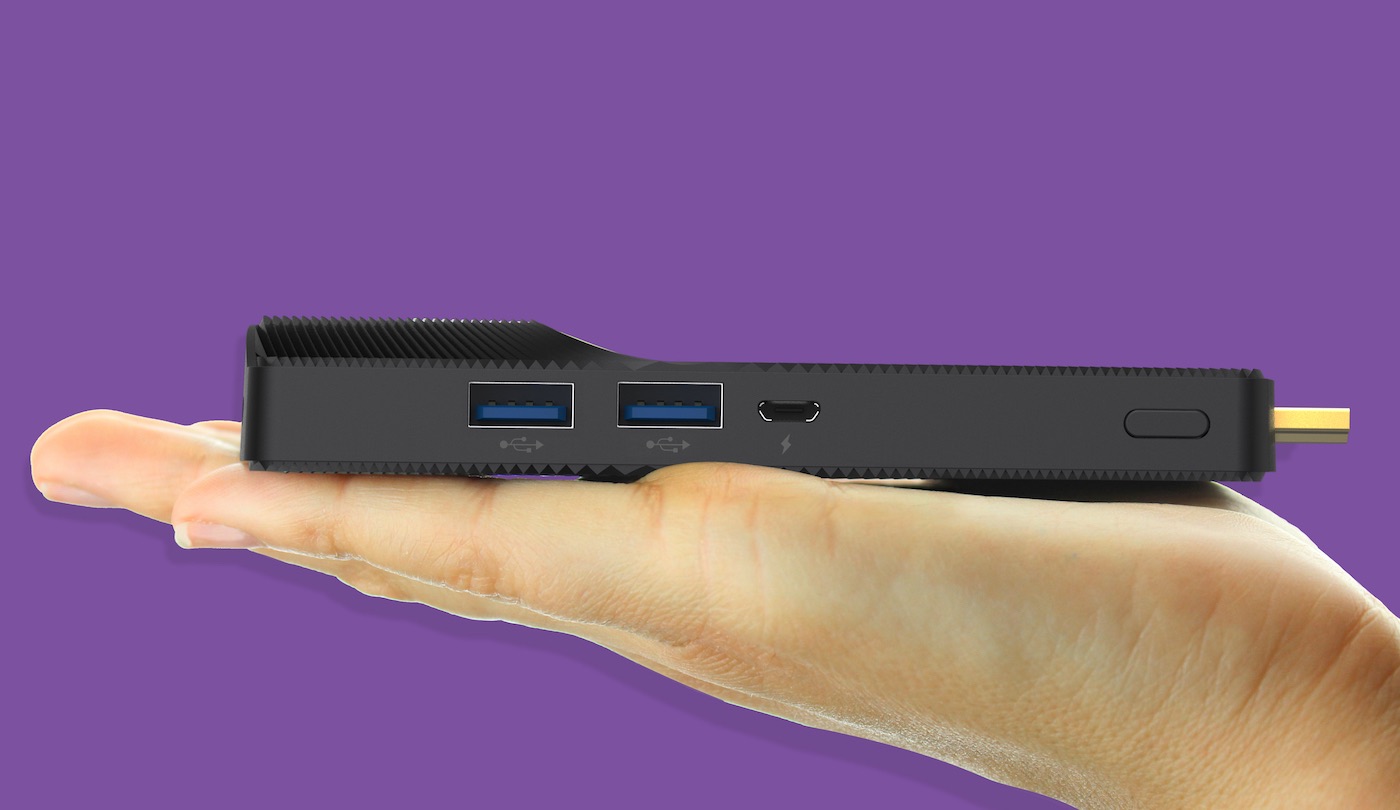 The specs of the Access3 is somewhat surprising. The RAM is just under the recommended 8GB for desktops and laptops, but not bad considering the size of the device being used. The Access3 also contains a slot for Micro SD cards, up to 256GB of storage, to hold even more data.  The max output of 4K videos at 30fps was the most impressing feature I believe. Due to the size and 4K capability, I see this being used in many home theatres or living rooms replacing projectors, or Fire TV sticks. Furthermore, the ability to play light games is appealing to those on a budget and need a more cost-effective solution. Imagine seeing one of these at your next LAN party?

Azulle has released four variations of the Access3, 4GB or 6GB RAM plus the option of 32GB or 64GB storage. All models are available now for purchase. The prices are starting at $175.99 for the base mode of 4GB/32GB and go up to $335.99 for the top model. They can be only found on the official Azulle site, but hopefully, Amazon will begin to sell them, as they do the Access Plus.