There are rumors circulating that tech giant Apple is building what many believe would be the iPhone 5SE. It will be a 4-inch handset, one that appears to be a souped-up version of the iPhone 5S, but draws a lot of features from the iPhone 6. 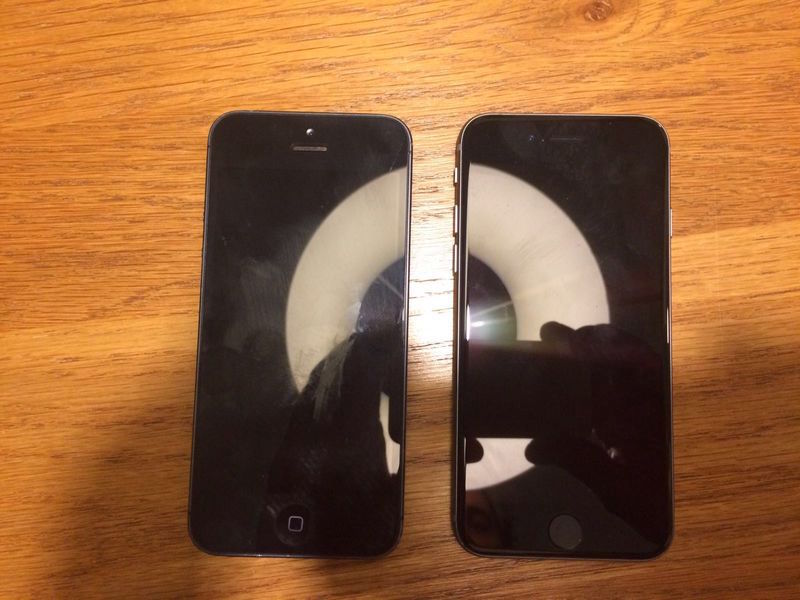 As a matter of fact, a fresh image that leaked online purports to belong to iPhone 5SE. Indeed, it is a 4-inch smartphone, although we cannot confirm or deny the photo’s veracity. As of the moment, everything about the leaked image should be taken with a grain of salt.

Looking at the photo, where the supposed iPhone 5SE is placed beside the iPhone 5, we can see that the size of the handset in question is similar to that of the iPhone 5S. Nonetheless, it incorporates a curved glass around the edges that suggests the design of the iPhone 6 and iPhone 6S.

The leaked image is also more suggestive of a smaller version of the iPhone 6 due to the presence of the volume buttons, a silent switch and a power button mounted on the side of the body.

Some tech pundits also expect the iPhone 5SE to come in the same color options as the iPhone 6S. But more controversial than the image is the name itself. iPhone 5SE is something that we never heard before in the history of Apple’s product lines.

But 3D Touch is not at all an absolute requirement to have Live Photos working on your iPhone. Just pressing on the screen long enough would suffice. This highlights a certain level of insignificance for the 3D Touch, which Apple introduced recently with much fanfare because you can do without it with the use of a long press.