It was inconceivable back in the 1980s for Apple and IBM to come to terms and actually forge a partnership born out of a desire to complement each other’s capability in addressing a single market for personal computers. The competition and rivalry between the two companies almost reached irreconcilable heights in those years.

In these days of the mobile age that calls for strategic alliances, however, things have changed. Apple and IBM have struck a deal to develop and market business applications, as well as to offer the iPhone and iPad line of products to corporate clients, a niche that Apple never tried to address and never imagined to target.

This is a dramatic in Apple’s approach to business as it has always catered to consumers, which account for the major source of its revenue. The corporate world, on the other hand, is something that IBM has imprinted an indelible mark as a major provider of services for enterprises. Introducing the iPhones and iPads to the business realm is indeed a great leap from Apple’s tradition. 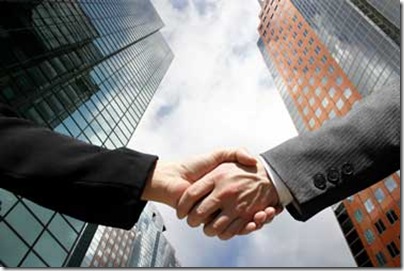 On the part of IBM, the company expects that Apple’s brand of simplicity would rub off on IBM’s offerings especially when it has been battered by a successive blows from revenue drops for past eight quarters. IBM is also trying to transition its business software for employees to the mobile landscape under the Bring Your Own Device program, a good way to cut costs.

Apple, for its part, hopes to leverage the knowledge and insights of IBM’s experts as it seeks to reach out to the corporate world and develop apps for those customers while not losing its own brand of simple products. Apple plans to incorporate IBM’s security, device management and big-data analytics capabilities into its portfolio.

Apple and IBM engineers are collaborating to develop more than 100 mobile apps for a variety of sectors and industries and the first set of apps will be available in the fall, which is the schedule for the launch of the next iteration of iOS 8.

As part of the partnership, IBM will deliver support and other services involving Apple devices for corporate clients, with over 100,000 employees being set for the effort.