Apple puts the ball in Microsoft’s court yet again. Apple decided to give away their OS X upgrades and softwares including the iWork productivity suite and thus challenging Microsoft in a very subtle manner.

Apple is blindly relying on its Bring-your-own-device (BYOD) concept where they let the workers choose the hardware rather than depending on the IT department to decide. Just to stir up the cold war with Microsoft, the company pre-installed a free iWork suite on all the new devices projecting a generation of interest among the customers who use iPad for daily office work. On a whole, this will make the company’s IT department believe that Microsoft’s Office suite isn’t mandatory on every machine. This is how Apple works.

Renowned analysts like Carolina Milanesi said that this new move by Apple is intriguing and will help their users to amalgam more with its devices. She also mentioned that in case of Microsoft, Windows 8 app selection is still in the hands of IT department. By introducing free iWork suite in every device, Apple wants to keep a hold on its enterprise and at the same time slow down the influx of Windows devices.

It has been a long time that Microsoft is winning all the market with its deadly combo- a Windows device with a free Office pack. Recently they did the same in Windows RT based Surface 2. Office 365 concept is always appealing for office people. These are the things which made Windows devices look more useful for business purposes. But this time Apple is planning to disrupt all the possible business models of Microsoft and to me, they will be highly successful. 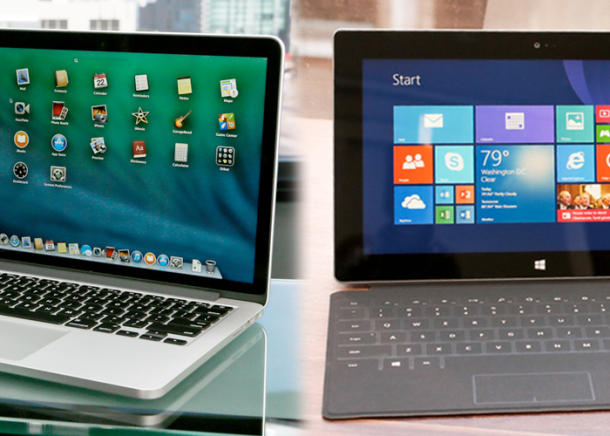 Analyst Moorhead stretched that Apple is getting offensive in its moves and will try to pluck Microsoft off its base before the latter starts to manufacture more service-oriented devices. Apple is trying to push itself to a level where it can show the consumers that software is always free. If such thing happens, it will make Microsoft’s business model look vague and unusually expensive.

But the twist comes later. Another senior group of analysts which included Ross Rubin said just an opposite story. According to them, Microsoft doesn’t pose any kind of short or long term threat due to Apple’s free software move. He mentioned that today an upgrade from Windows 7 to Windows 8.1 costs $111 because Microsoft wants their buyers to realize that they charge because there is premium value associated with their products, which can be encashed on the long run. A recent premium is the free Windows 8 to Windows 8.1 update by Microsoft.

Whatever it is, it seems that Apple has made this ‘free-software’ and iWork move in response to the free Windows 8.1 update by Microsoft and it is believed that it will be tough for Apple to replace Microsoft’s Office with a ‘free software’ suite.