Fresh from the recently concluded Game Developers Conference in San Francisco, California, Apple has been the subject of various reports saying the tech giant is in talks with developers for a dedicated gaming controller, an undying rumor that dates back in 2012 when reports surfaced that Valve is the hardware partner.

The rumor, as it is, should be taken with a grain of salt, however. Although various sources have confirmed that the iPhone maker is sure to release an “Apple-branded, Kinect-like video game console” anytime soon, no tangible evidence yet beefs up that claim, such as an image of the hardware or specs of the console. The only thing that these sources hold is the alleged secret meeting between folks from Apple and game developers in a GDC 2013 room designated with a company pseudonym to elude the media.

Some other sources claim the controller could debut next month. But that, too, may change. Nonetheless, Apple is expected to reveal its plans on an April press briefing, which we know is intended for iPad. That is another indication that Apple is launching the next big thing alongside the popular tablet and another rumored strategy of hitting the TV market with a wide-screen unit dedicated to Apple, which best works with an Xbox-like partner. 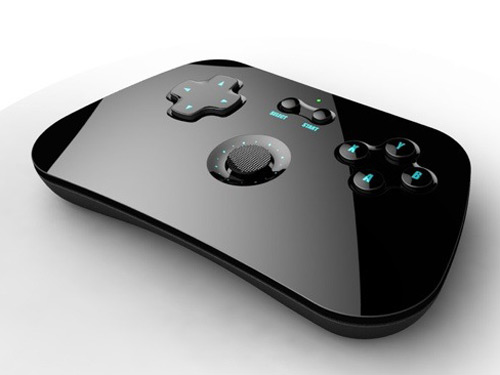 Speculations of an Apple-branded gaming console surfaced in 2012 simultaneously with reports about Android and iOS third-party controllers allegedly in the works with MOGA, Nyko, Green Throttle and OUYA. The last in particular is confirmed to have been released to early backers just last week. It can be noted that Samsung also released similar hardware, the Game Pad alongside the Galaxy S4. So speculations about Apple following suit is not a far-fetched possibility, except that questions linger whether the rumored will reach the market.

Still, another triggering point of the rumor is a patent Apple filed in 2008 to let iPad and iPhone users to add physical controls and other hardware features in a single dock.

If anything, the physical controller won’t be the first to come out from the doors of Apple. In the late 1990s, the company launched the Pippin home entertainment, but it was short-lived and eventually fizzled out. Since then, Apple tried as much as it could to do away with physically maneuvered devices and put to the mainstream a touch-based control. But from an ergonomist’s viewpoint, that doesn’t aid in long hours of gaming.