Another treat for the Android KitKat fans before its launch! Yesterday, Google stated that the Android 4.4 KitKat users will have the liberty to choose third-party apps to manage their text messaging.

Google on its developer’s blog also mentioned that many third-party apps for SMS and MMS is being used by the Android people throughout the world. Such a thing is not entertained at all by Google. In order to amend that, Google will route them through a proper channel in KitKat with an option to choose a default application to manage them. This feature will solve all the unnecessary havocs created by these third-party apps. 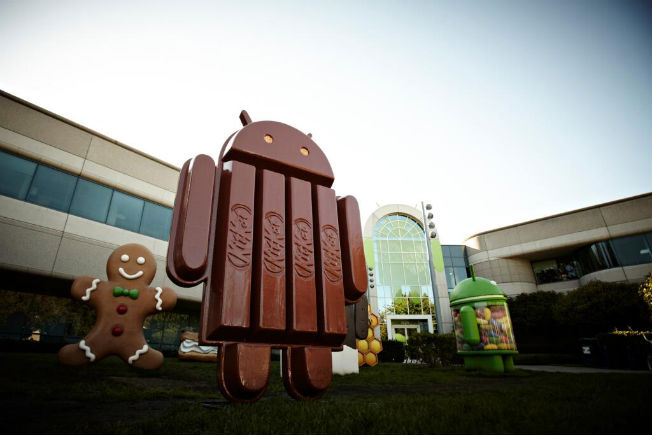 There are more in the basket for Android lovers! There is a rumor which is doing rounds regarding the bundling of SMS and MMS messaging in Google’s very own Hangouts app. If such happens, Hangout will be a viable competitor to Apple’s iMessage.

This was first reported by the Android Police and they also posted some screenshots of this bundled Hangout app. They also reported that Google will dump their traditional Android messaging application, leaving Hangout as the one and only combined built-in text messaging app for Nexus users.

Though many things are clear by now regarding this juncture of apps, many more things are yet to be known. It is still not clear that how Hangouts app will shift between different types of messages. Android Police reports that each of the messages will be labelled as per the medium through which it will be sent. Like Apples iMessage, Google should also give the facility of sending SMS and MMS messages automatically through Hangouts’ own network without depending on users to pair the phone number of their contacts with its respective Google accounts.

It has been just over a month that the Android KitKAt has been leaked and released. So it is too much to expect that we will get to know all the possible details by now. Let Google take its time to make its KitKat ‘sweeter’ and we can guess from the unofficial snapshots that official release is not very far! Its rightly said – Success tastes sweeter when served slowly.