The newest Android OS, Android 4.0 Ice Cream Sandwich, has gone official along with its feature phone in Hongkong today. The OS unifying smartphone and tablet was much anticipated and it really satisfies all audience with a lot of significant enhancements and revamped design. Samsung Galaxy Nexus is the first smartphone running the Android 4.0 and it will start shipping in November.

In the presentation, Google’s Matias Duarte said that people need Android but they didn’t love it, so Google has done its best to produce a slicker, friendly look and faster responsiveness. All the new features of Android Ice Cream Sandwich have been introduced and demonstrated on the Galaxy Nexus. Let’s check out some major improvements.

– No physical buttons – Home, back, menu and search buttons are now placed on the touchscreen.

– New data usage view – users can set a data threshold and view how much data each app is using. 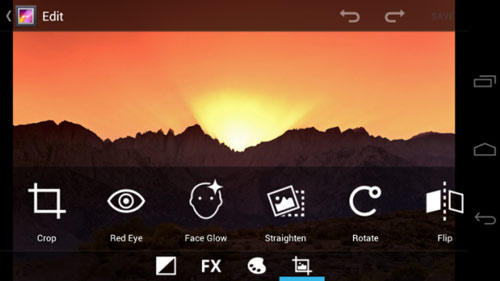 – Android Beam – the NFC-based feature allow 2 Android 4.0 users easily share any content by tapping the 2 phones together and hitting the Beam button.

The new look and awesome features of Android Ice Cream Sandwich are very promising. Beside Galaxy Nexus, we will get a lot more choices in the upcoming time and smartphones and tablets start shipping with the newest OS. I can’t wait to see manufacturers release their phones with different customized UI.

What features of Android 4.0 impressed you the most?