An amount of $1 billion, won by Apple against Samsung over patent infringement lawsuit earlier, is now reduced to $550 million after the Judge in the case found a flaw in the calculation of damages.

Judge Lucy Koh, the judge of Apple vs Samsung lawsuits found out this Friday that the jury award of $1 billion for Apple was miscalculated and 14 different Samsung products were improperly added to the jury award as well and after cutting the actual damage done to these products during the patent lawsuit, judge deduced $450 million from the jury’s finding of $1 billion in total.

Apple and Samsung have been into patent infringement lawsuits over head and heals and from a long time on different occasions. Sometimes, Samsung claims that Apple broke the patent law and sometimes its Apple who post a similar claim.

A new trial is likely to take place after the decision made by Judge Lucy Koh, that focused solely on the damages for the 14 products, which include the Galaxy Prevail, Gem, Galaxy S II, Galaxy Captivate, Droid Charge, Epic 4G, Galaxy Tab and the Nexus S 4G. 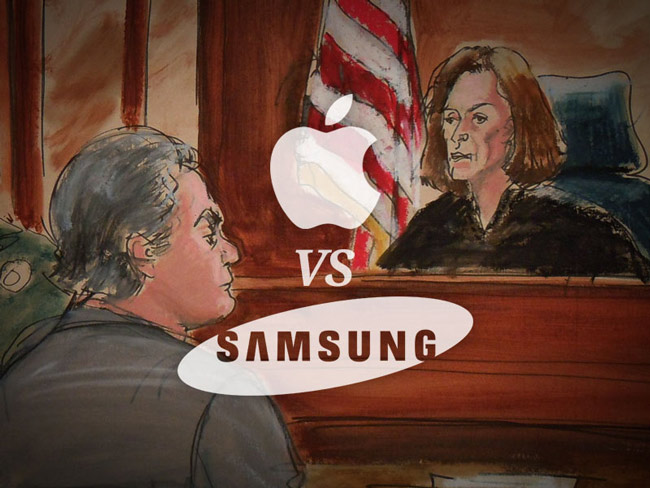 Although this doesn’t mean that Apple will permanently lose $450 million in damages since the new trial will take place and it is a possibility that these damages might go even high or low.

Another patent lawsuit between these two is moving forward along with the passage of time and as a separate case where Apple has claimed that Samsung used Siri’s Voice and other search functions in their new smartphones. But Judge Koh is trying to persuade the two parties to hold this lawsuit at least till the current one is resolved and by the looks of it, it doesn’t seem to reach a final point any time soon. The next lawsuit is expected to start in spring 2014 even if the current one doesn’t get to a final decision.

With things heating up between Apple and Samsung, there is a great chance that it would benefit other smartphone companies to take advantage of this situation and make a place for themselves in the market.

What you think about the Judge Koh’s decision? Leave comments and let us know your opinion.