A new and innovative product has come off the development lab of Yahoo, and it’s geared toward creating an entirely fresh niche in mobile offerings, something that mobile users have never seen before.

Livetext, as it is called, is Yahoo’s new social networking app that works to facilitate one-on-one text chat between users, with live video at the same time. Other comparable apps already exist, such as Snapchat, Viber, WhatsApp, and others, but these are designed for instant messaging only; no live streaming. 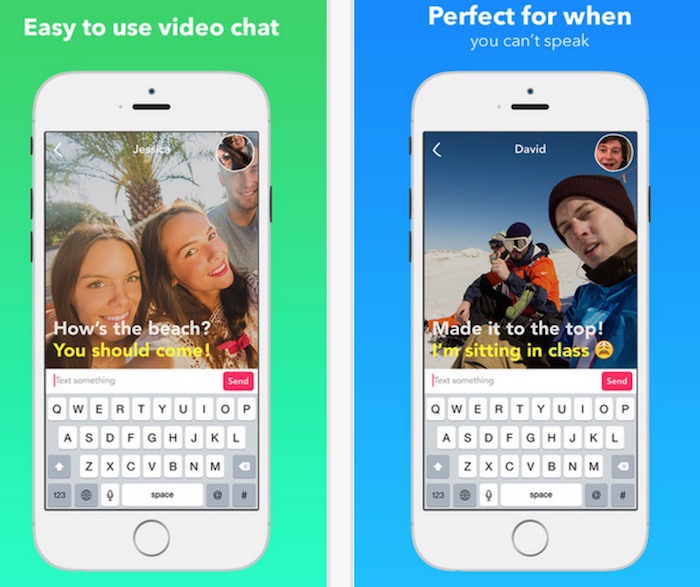 What those apps have, however, that Livetext does not is the availability of voice and group chat features. Also, users won’t be able to record their conversations in Livetext as Yahoo envisions the app to center on momentary interactions.

Livetext looks to meet user demands that none of the existing mobile apps has yet fulfilled, which is to communicate someone – your friend, family, lover, workmate, etc. – without having to include audio but displaying your current surroundings. It is a different kind of approach to mobile experience. The creation of this app is based on Yahoo’s observation that some people feel awkward to use audio in circumstances that require discretion such as office meetings, church activities, etc.

Yahoo believes that as people leverage a variety of communication apps to carry out their daily tasks, the need for a streamlined tool that combines almost the features otherwise offered in different services becomes increasingly crucial.

And Yahoo means crucial. Text chat and live video are the core means of communication, so these are the only features found in Livetext, sans the other clutter of functionalities that only add up to the mishmash of unnecessary features. In other words, Yahoo believes those clutter of features will only destroy the design aspect of a mobile app.

The developers of Livetext are the same people that created MessageMe, a startup acquired by Yahoo in October 2014. However, at its inception, MessageMe created a service that had been jammed with unnecessary features. From there, the developers learned a lesson or two about simplifying an app, which they now applied to Livetext.

It’s a great leap from what Yahoo has been focusing on lately: content, video services, no regard for social services. There’s the News Digest apps tailored for providing news to users. It has Tumblr, an acquired company, but the social platform did not get much boost from Yahoo.

With Livetext, Yahoo hopes to serve customers who turn to the company for communications resources.