Chinese electronics company Xiaomi has announced its first tablet named Xiaomi Mi Pad. Xiaomi CEO Lei Jun claimed over two years ago that he is not sure about the tablets future at the company. But the entire time he and his company were building one behind the scenes. They are expanding on a device portfolio that has been focused on selling lots of smartphones running its MIUI Android firmware.

Xiaomi has been pretty active lately, the company has been selling its own Wi-Fi routers, television sets, set-top boxes and a line of plush toy merchandise to its consumers. With the addition of a tablet, the company has filled up an obvious gap in its product line. Apple has been undisputedly the king of tablet market, but its iPad runs iOS, on the other hand not one tablet has yet acquired the majority tablet share in Android market. So chances are still bright for Xiaomi. The company is also full of spirits as their CEO Lei Jun said in Beijing launch today “We hope to put pressure on Apple”. 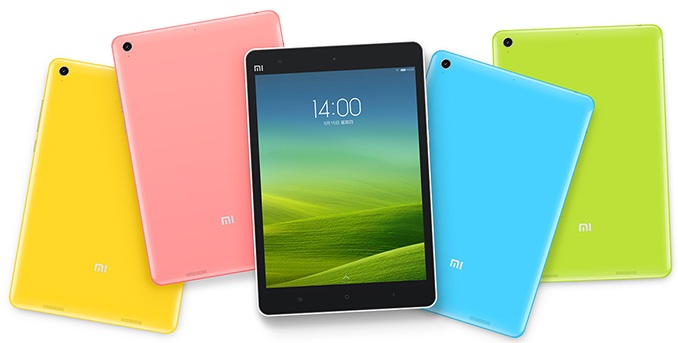 The specification for the Xiaomi Mi Pad include a screen size of 7.9 inches, six different colours, screen resolution of 2048 x 1536.  And it boasts a 2.2GHz Tegra K1 processor along with 2GB of RAM. It comes in two versions with different storage space of 16GB and 64GB. The Wi-Fi only Xiaomi Mi Pad is priced at 1,499 yuan ($240) for the 16GB version, or 1,699 yuan ($270) for the 64GB version. The tablet will only be available in limited numbers initially and will be launched fully after serving a specific number of users. The company has made this approach of beta release with its previous hardware releases as well.

Xiaomi shipped 11 million smartphones in Q1 this year, and has a target of 60 million by year’s end. The company is planning to launch products into Malaysia, Indonesia, India, the Philippines, Thailand, Vietnam, Russia, Turkey, Brazil, and Mexico this year in order to expand its sales.