Miscrosoft has updated the SmartGlass app for Xbox to include support for tablets with display screen larger than 7 inch. The app can be downloaded from Google Play Store now.

With the update, the SmartGlass App now has the following features. Some of them are old but they are revamped in the newer version. 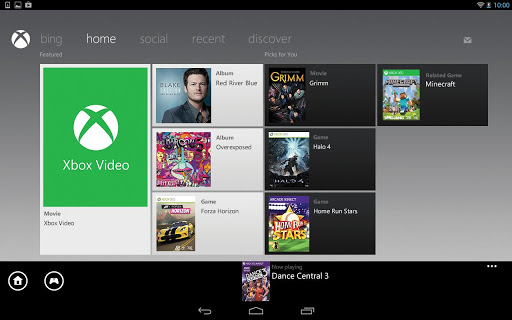 The app not only extends the features of the Xbox 360, but it enables the device to act as a second screen where user can further see the options on the device while playing the game on Xbox 360. The device screen acts as an extended display for your TV shows, movies, games and much more.

With the device connected to the Xbox 360, user can now watch the video on the Xbox 360 and get its details on your device, therefore not interrupting the display of the Xbox 360.

The new app is now 18MB, although it is a lot for an app to download but considering the features that Microsoft has added in the new update, the size is now justified.

There is another noticeable feature added in the new update that lets the Tablet to stay awake while it is connected to the Xbox 360 and it will help you to interact with different Xbox 360 options while playing games on it.

Xbox SmartGlass App, with the new updates, is more user friendly and gives a lot more options to play with. Microsoft has certainly done a great job by updating the app to add more features in it. The new app download link is given below. Download the app onto your device and share your experience with us by leaving comments down below.