More news have surfaced over the internet about the newest Windows 8.1 build for Microsoft Windows 8. According to the news, the latest Windows 8 build will have a new lock screen alarm app that lets you set the alarm on the lock screen.

Latest screenshots suggest that user can choose one app of their choice for the lock screen to show the alarm. But if we look into the apps available at the moment for Windows 8, this feature is not available.

It is widely believed that Microsoft will give an extra hand to third party developers so that they can embed the alarm app in their applications. 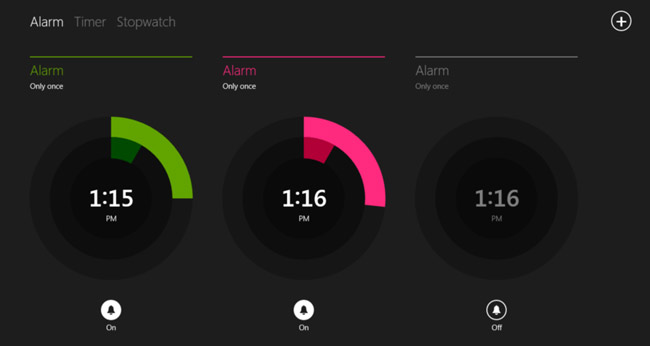 A quick and easy way to lock down an account on Windows 8, previously named as Kiosk Mode, still has to make an impact but it is also believed that this feature will be included in the latest Windows 8.1 build.

Another option called Boot to Desktop is also thought to be included in the next Windows 8.1 build but there is no such news about it.

There are still now dates given for the Windows 8.1 build to arrive at the PCs running windows 8 but we are expecting to see the final build version at the Microsoft Developers Conference that is expected to be held somewhere in June.

Do you think that Microsoft will do justice by bringing back the Start button? What impact will the new Internet Explorer 11 will make in terms of competition? Leave us comments down below and share your view with us about the new Windows 8.1 build.