Vine is an application that debuted in January from Twitter. The application has grown in popularity due to it’s simplicity that still makes it possible to harbor creativity.

Vine works by simply loading up the app, and once you click the camera button, you press the screen to record a small snippet of a scene. Unlike a GIF, Vine encourages you to spice up your recording by recording multiple things going on, rather than the progression of one thing. The application had a bit of controversy in the beginning with some inappropriate material, however the application is containing the issue. Let’s go more into how the app works and my opinion after one month of use.

The interface of Vine is quite simple to understand and learn your way around. When you first open up Vine, you are presented with the timeline. This allows you to view other individual’s posts. The top left is a tab that allows you to go Home, Profile, Explore, and Activity. We will go a bit more into those tabs when we talk about interacting with Vine. But first, let’s talk about how to use the application in terms of posting your own recordings. 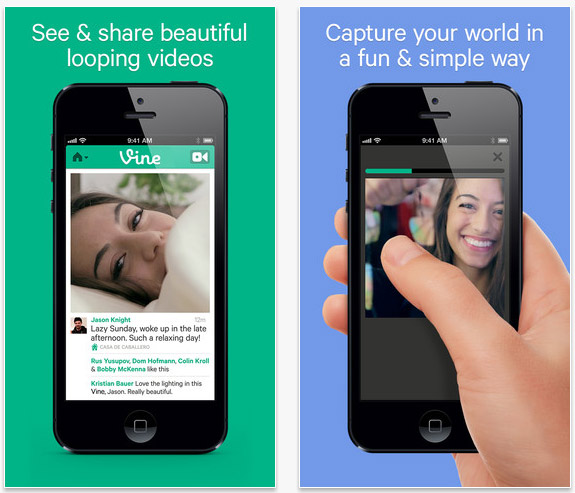 How to Use Vine

Posting to Vine is very seamless and easy to do. When you make your first post, you are always given a tutorial in the app on how to post. However, for good measure, let’s go into how to post.

First off, after you have opened the application, click on the camera button on the top right. You should now see a screen that looks a bit like Instagram, only without the filters and with an “X” button at the top right to cancel a recording and a bar right below that.

The progression bar shows how much more you can record before you seconds are up (yes, you have a limit, this is meant to be short). Simply pressing the screen records.

After you reach the minimal acceptable duration, you should see a check appear at the bottom right. When you use all of the time you have, you’ll simply see your playback and a “Next” option. Clicking “Next” opens up sharing options and then you can post. 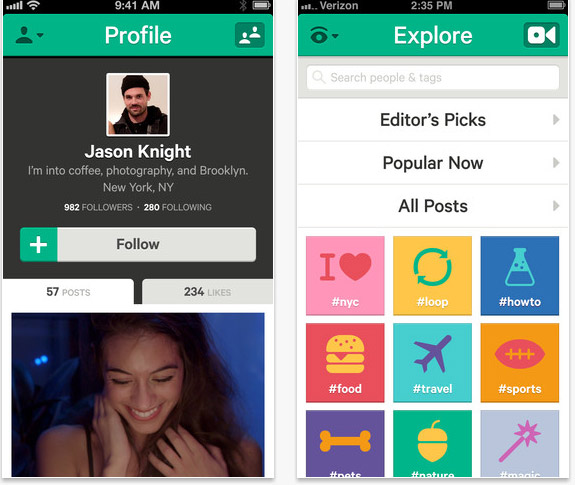 Vine allows you to share your recordings on the website, through Twitter, and on Facebook. When browsing around Vine, remember that recordings start on their own. To pause a played recording at any time, just press on it.

When scrolling around, you’ll see recordings with their caption, the time since it was posted, and how many times it was “liked” and commented on. To like a recording, simply press the smiley face. To comment, press the comment bubble. On the far right of both of those options, you have the option to “Report this post”.

When you click the tab at the top left, you are presented with the Explore page which allows you to search and view other posts as well as popular “Editor’s Picks” posts. The  Activity page shows individuals who have interacted with you through comments, likes, or by following you. Finally, the Profile page shows not only your profile, but also allows you to access Vine settings. You can access the posts you’ve liked here as well, but so can the public as well!

All in all, Vine is a great app that has a multitude of potential. When I first signed up, the day the app debuted, I had it sitting in my “Social” folder for about a day – pondering about what to share. However, the point of Vine is the exact opposite of that. It is meant to share random clippets of your life. Attending a parade? Record the coolest floats you see. Taking a walk, record the nature around you. Lounging around the house on a Sunday? Record how you are relaxing. It is truly up to you. Yes, Vine had a few issues in the beginning. However, I truly feel that Vine is here to stay for a bit.