You wake up in the morning with a headache for having slept for less than your required time of sleep. You remember last checking your Facebook news feed, Tweets and email before dozing off. This habit might be affecting your sleep pattern.

According to studies, light that beams from the screens of electronic devices can alter the human internal sleep clock, also known as the circadian clock. 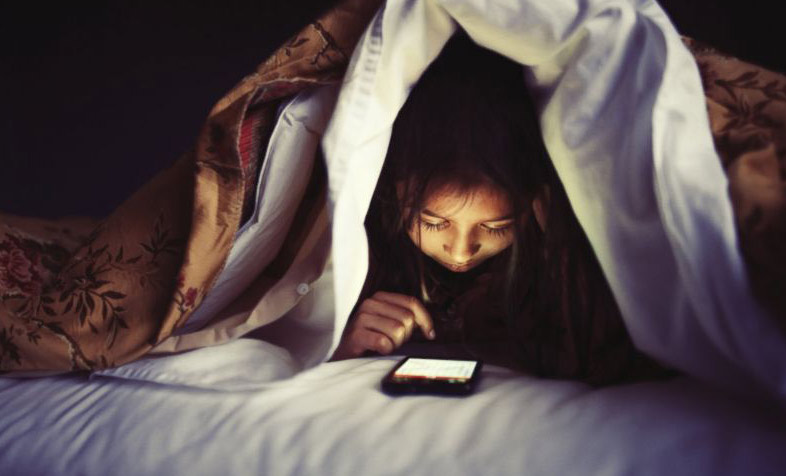 As more people submit themselves to the habit of poking their eyes to their laptops, smartphones and tablets, sleep specialists are increasingly concerned that the blue light from these gadgets is making a user’s brain believe that it is still daytime, thus delaying the sleep schedule.

According to Harvard Medical School, blue light – while beneficial during the day to keep people alert – disrupts the body clock at night. This seems to be exacerbated by the proliferation of electronic gadgets that increase human exposure to the blue wavelength during nighttime.

So if you open your latest iPhone just minutes before you hit the bed, chances are that you are allowing your circadian rhythm to be disturbed. When your device’s light hits your eyes through to your brain, your body’s internal clock would believe it is daytime and so it would seem to align with the environment, according to Dr. Charles Czeisler of Harvard Medical School.

The light emitted by electronic gadgets is stimulating the brain and making it awake, which is beneficial during daytime, but not so at night when you are supposed to sleep.

The National Sleep Foundation provides details about what’s happening beyond what we see. The receptors in our eyes transmit a message to our brain to keep it awake when a bright light hits our eyes for a longer period. When this occurs, our brain suppresses the secretion of the melatonin hormone, which is responsible for making people sleepy. Melatonin also controls our circadian clock.

Our brain normally secretes melatonin at night when it’s time for bed. But it is disrupted when we start opening electronic gadgets. However, there is no exact method to determine how much blue light disrupts our circadian rhythm. But factors such as hue, light intensity, surface area of the light source, and distance come into play, according to researchers.

But other researchers are casting a shadow of doubt over this finding. Mary Lou Jackson, director of vision rehabilitation at the Massachusetts Eye and Ear Infirmary, says users of iPad or any other electronic device should not worry about using their gadgets before dozing off, unless they are diagnosed with insomnia.

It is only a matter of preference, adds Jackson.