Most blogging tips are geared toward writers, offering them grammar tips and more on how to better project their voice in their words. However, very few articles are geared toward the numerous editors out there that work hard in making sure articles look their best. After all of the grammar is squared away, huge paragraphs, lacking of photos, and no “textual fun” can make a reader loose attention. When we think about UX design, we think about designing the websites and apps that our writing work appears on. However, we can take many of the user experience principles and apply it to blogging.

Let’s start with the basics. First off, it’s important to remember that list articles must differ from other average articles. When you list, you must make use of the bullets or numbers. There are countless times when I view a “top 10” article and am looking for the actual list. No matter how thorough you will find yourself going into each of the ten points, make sure to make each point distinct. This should go without saying, and that’s why it’s a basic. Now let’s go more into some commonly found mistakes.

Too many photos, too little photos

Photos are a big issue when it comes to blogging. Editors try to justify less photos as a way to keep a minimalist feel, however there are others who feel that more photos actually keep the reader’s attention. Both are not always true. A 2000 word article that isn’t on academia or a country’s new constitution should include photos. I keep a rule of having at least a photo per header. However, if you don’t make use of headers (i’ll go more later into why some don’t), you should try to include a photo per each important point made. For example, if you are offering a tips article, include a photo for each tip given. However, the cases of too many photos is much worse. Instead of keeping the reader’s attention, they can make the reader feel more distracted and it makes the article very cluttered. If you must include all of the photos, make use of a WordPress slideshow plugin. 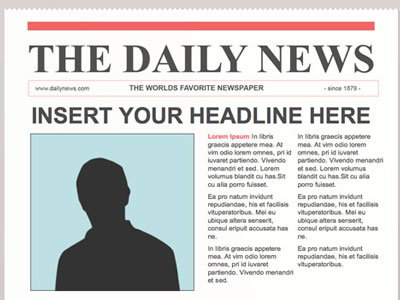 A Touch of Color

Readers always gravitate toward something seen out of the norm in a piece of writing. If they see a photo or some form of color, their eyes immediately go toward that. For that reason, you should only use color sparingly, because many times, they will notice bolds before they even read the first word in your piece. Preferably, unless you have set for links to be a distinct color, color shouldn’t be used in professional tech writing. If you want to reiterate a point, then grey or black bolding should be used. You shouldn’t really look into using pink, or red, and especially not any other bright colors. It makes an article look tacky and unprofessional. Your readers will still look for bolds.

Headers or No Headers

Lastly, this is the biggest contingency when writers are planning an article. Should I include headers or should I not? Many of my readers know that I am a big fan of headers. In my article planning routine, I always begin by writing out the introduction and outlining the headers. Headings give me direction on what I will write, and a good introduction into what the reader should expect.

However, there are many times when I don’t use headers. If I am having a 200 word article, headers will just make the article look even shorter and even incomplete. It’s also unnecessary with any article under four paragraphs or under 400 words. But remember, when using headers, don’t give away the whole paragraph in two words.

Readers, like I mentioned in the previous header, gravitate toward bolding. If the section’s main moral is to, for example, always answer back to comments, don’t head it “Answer your comments“. Rather, you should head it, “Comments are conversations“. It will make your reader interested in what you have to say, without knowing what you are going to say. Better yet, think of headers as a sort of table of contents.