Samsung’s Galaxy Note lineup’s success has been well documented. Although initially rejected as a bad idea, the Note flagships have went ways far beyond and acclaimed critical success. Bigger screen size every year is the most common upgrade for the Note devices, but along with an increment in display size, the device also receives flagship-esque treatment.

With IFA 2014 nearing, rumors about the upcoming Galaxy Note 4 are gaining traction. Rumors are always around the corner when a flagship level smartphone is in question, and the Galaxy Note 4 is no exception.

The Samsung Galaxy Note 4 in question carries the model number SM-N910A, with the ‘A’ indicating it is an AT&T branded version. The device in question is rumored to sport a gigantic 5.7-inch display with a Quad HD (1,440 x 2,560) pixel resolution. Samsung itself confirmed it, as the SM-N910A already has its own user agent profile listed on the Korean company’s website. 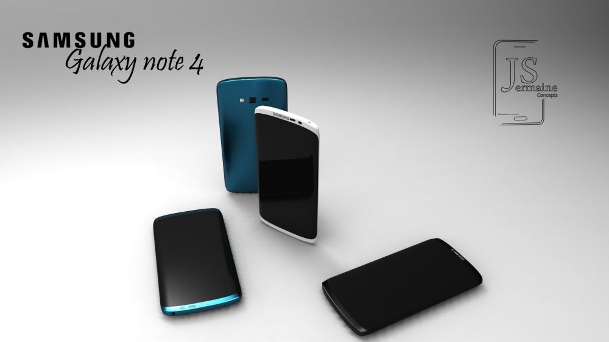 Rest of the specs remain shrouded in mystery, but we reckon Samsung will stick it with some cool new perks, along with monstrous specs. 3GB of Ram and a processor equaling or better than the Qualcomm Snapdragon 801 comes to mind. Considering the high-resolution display of the device, the GPU should be no less than a beast.

The rumor has also stirred up quite a bit, with it claiming that Samsung will announce two different variants of the Galaxy Note 4: one with a regular display, while the other sporting a curved screen. Although it sounds very exciting, we all know how the rumor of the two Galaxy S5 variants turned out, so you might want to take this bit with a pinch of salt. But, in the name of innovation has Samsung has went out of its way many times.

Regardless, we’ll if this rumor pans out or not come September. The new device should be officially announced at IFA 2014 in Berlin.