The Sony Xperia Honami pictures have been leaked once again. The photos that are leaked looks like a real deal and they are aligning nicely with previously live shots taken from another blog. The pictures show the device clearly and reflect the front and back of the device. We can see almost the entire device and so these pictures make sure enough that the device is ready to be launched soon.

The Xperia Honami is a lot similar to the Xperia Z and it is said to succeed at the company’s smartphone flagship throne. The Sony Xperia Honami is covered with a glass on the back and has sharp edges all around the device. It has been confirmed that the photos show a large loudspeaker grill that is a slight departure from the OmniBalance design.

The Sony Xperia Honami has dedicated camera key on the right hand side. It is said to be a 20 Megapixel with Exmor RS unit. The Exmor RS unit will feature the Sony G-lens and BIONZ image processor. The sensor will measure 1/2.3″ different than the previously rumored 1/1.6″.

According to the person who took the photos, the camera software is not in its final stages and isn’t close to its final version. The resolution settings in the camera app were missing which was the reason that the person who took the photos could not determine if the phone packs a 20MP camera. The only physical clue that this is a serious camera phone is the presence of a physical camera shutter, much a turn up because they now tend to rely on virtual shutter buttons. 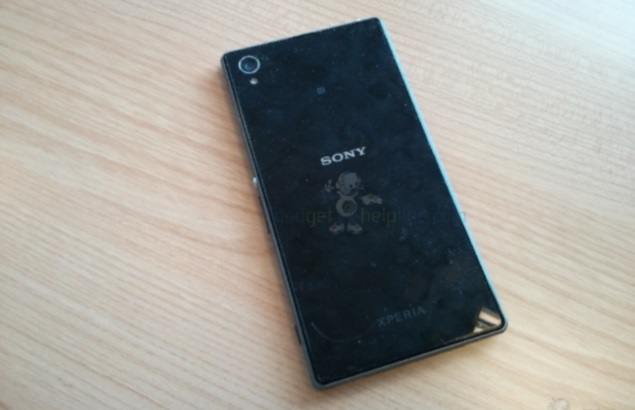