Under the Copyright Alert System (CAS) the content creators will be monitoring popular peer-to-peer networks like BitTorrent for any illegal sharing of their copyrighted content. If they find instances of such illegal sharing, they will record the (Internet Protocol) IP address of the infringing system and forward the details to the relevant ISP. The ISP will then, based on its own policy, will take steps in an escalating order against the account holders.

ISPs have the right to define their own policies regarding the actions they want to take under the CAS. The actions may range from initially sending out warning letters to putting a cap on the bandwidth. Users were not aware of the enforcements under the ‘Six Strikes’ as ISPs were kind of quiet regarding the policies, up until now.

AT&T has revealed that once it detects that users are involved in illegal sharing of copyright material, they will send out alerts up until four times. After the fourth alert, AT&T will require users to visit an online portal where they will have to review educational material on distribution of copyrighted material before they will be allowed to access other websites. AT&T is not going to punish users by throttling their bandwidth as it aims to make this program an educational one. 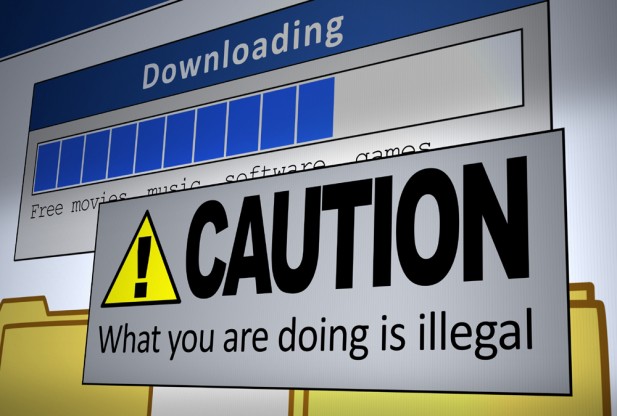 Comcast has also revealed that it won’t be going after its users’ Internet speeds. Their plan is to get serial offenders to confirm the receipts of warning emails. Following this if the infringement continues, users will be greeting with persistent in-browser alerts. Users will not be able to delete these alerts up until they call up Comcast Security Assurance where they will have to engage in a discussion about copyright issues and legal downloading alternatives.

According to reports Time Warner Cable is neither going to cap bandwidth of its customers nor will it terminate their accounts. Like the other ISPs Time Warner is also going to send out alerts to its copyright infringers. Users who ignore these alerts will have their browsers locked out up until they call up a Time Warner Cable representative. The representative will unlock the browser only after users engage in an instructional / informative conversation regarding copyrights and legal methods of downloading content.

Verizon customers are in for a shock as it is the only ISP that is going to throttle internet speeds of its customers. Verizon isn’t going to cap the bandwidths straight away as it will also first issue a series of alerts. Repeat offenders will be forced watch copyright related instructional videos that will educate them about legal methods of downloading content. After all these, if customers are still engaging in illegal sharing activities, they will face bandwidth caps that will see their connections slowing down to near dial-up speeds for duration of two to three days. Verizon is going to send out a notice two weeks prior to the actual Internet speed slowdown.