Market research firm IDC has released a report that indicates the number of smartphones shipped in the second quarter of fiscal year 2014 has increased to 295.3 million worldwide, a huge leap from the year-ago figure.

This as tablet sales continue to crash, as Best Buy CEO Hubert Joly said a few days ago.

IDC predicts that smartphone shipment will reach beyond 300 million in the third quarter as the market expanded by more than 23 percent in the second quarter compared from the previous year. As could be expected, Samsung topped the volume of shipped smartphones. 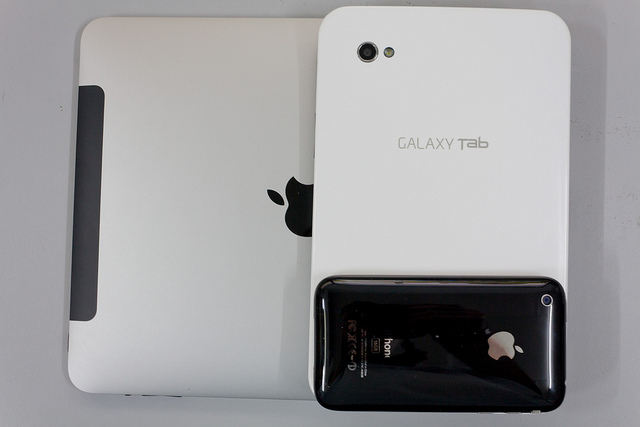 According to IDC’s report, Samsung shipment grew more than 74 percent, though the figure is down by 7 percentage points from the year-ago result as the Korean phone maker’s foothold in emerging markets lost a stronghold.

Shipment for Apple’s iPhone products reached more than 35 million, accounting for nearly 12 percent of the market, confirming previous forecast by analysts. However, that is still lower compared to 12.4 percent year over year. This will probably force Apple to expedite the launch of the iPhone 6, something the tech industry and media alike have been awaiting, as IDC attributed the decrease in iPhone shipment to the delay in the release of the next-generation iPhone.

Meanwhile, Huawei and Lenovo finished third and fourth, respectively, mainly due to the huge volume of low-cost phones that they are known for. Huawei shipped 20.3 million units, representing nearly 7 percent of the market. The good news from it is that Huawei’s market presence grew 95 percent year over year as the Chinese phone maker keeps on targeting the emerging markets, especially in China, where Huawei rolls out its 4G mobile devices. Lenovo shipped 15.8 million devices in the second quarter to take over 5.4 percent of the market and grow its market footprint by 38 percent.

On the other hand, Joly’s statement on the sales of tablets could be taken seriously given that Best Buy is one of the biggest retailers in the tech industry. Perhaps part of the waning tablet enthusiasm among consumers is the lack of differentiation in the features that most tablets offer. That is so because tablet makers keep their focus on improving the hardware only, with little enhancement and upgrade to the features. Therefore, users are less encouraged to upgrade to the next-generation model if they find little improvement in it.

There is also the rise of phablets – hybrid between smartphone and tablet – that draw the interest of users away from tablets.