The IFA 2011 in Berlin will be open starting tomorrow and it seems like all eyes are focusing on Samsung and its secret devices this year. In some of their recent videos released on Youtube, there are two teasers for its upcoming Unpacked event, however, they didn’t disclose exactly what will be introduced. All we could know is Something big is coming.

Take a look at the 2 teasers:

According to This is My Next, a website featuring next generation tech, we can see the logos of Samsung’s new devices in the teaser app for the IFA event. The new products that were leaked are Samsung Galaxy Tab 7.7, Samsung Wave 3 and Samsung Galaxy Note.

The Samsung Galaxy Tab 7.7 is the small version of the Tab 10.1 and 8.9. It will be featured with a 7-inch Super AMOLED display and the resolution is up to 1024 x 600 pixels. Some recent rumors said that the tablet will not run on Android 3.2 Honeycomb. 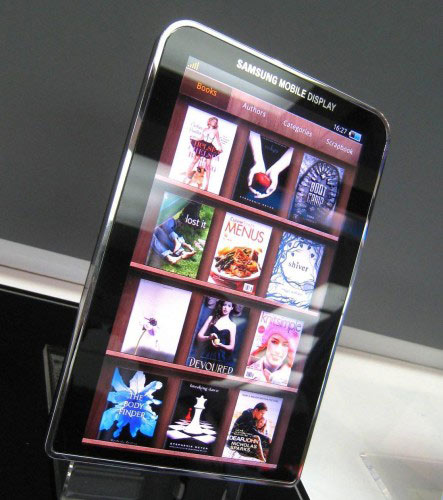 There is only one but at least three devices running on the newest Bada 2.0 platform will be announced at IFA. The three devices have already been leaked, namely Samsung Wave 3, Wave M and Wave Y.

The Samsung Wave 3 has a 4″ Super AMOLED display, 1.4GHz processor and a 5MP rear camera. It is depicted as the perfect device for the style-conscious consumer.

The Samsung Wave M has a smaller 3.65″ HVGA display and features an 832MHz processor and 5MP camera. The Wave M allows users to keep up-to-date with their hectic social lives with ChatON and Social Hub.

The Samsung Wave Y sports a 3.2 HVGA display, 832MHz processor, and 2MP camera. The Wave Y is the perfect device to introduce new users to the world of smartphone experiences.

Galaxy Note is the most mysterious device that we haven’t heard much news about it. Some people are guessing that this will be a smartphone and have something  to do with a stylus for mobile devices.

The IFA 2011 will start tomorrow and hopefully we can see more surprises from Samsung.