The Samsung Galaxy series is having successful years as their products are continuously rated as the best smartphones of the year. That explains why people are so expecting the release of the next generation, Samsung Galaxy S4.

It is rumored that the Galaxy S4 would be announced in March 2013 and it makes sense if we look at Samsung’s road map in the last few years. Some concepts for the smartphone have been introduced by designers and I am so impressive with the beautiful design and new features. Hopefully Samsung could include something in their official release. Now, let’s check out some great concepts of the Samsung Galaxy S4.

The first concepts come from Deviantart user 96design. The first one looks beautiful with a nice texture and integrated camera at the back and an edge to edge screen. I prefer this one than the second concept, which presents the TouchWiz UI clearly and a minimal, big bland at the back. 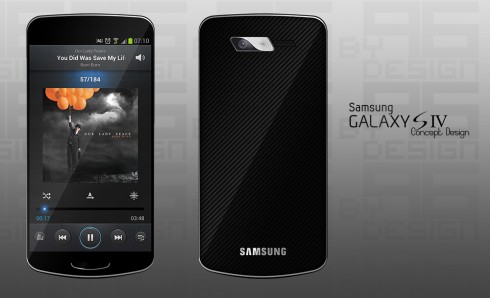 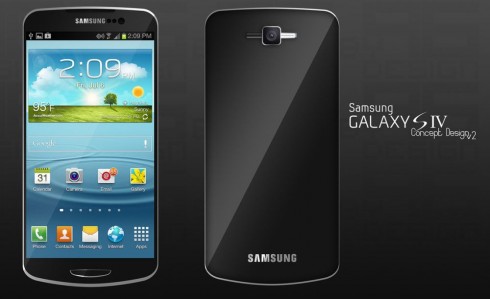 If you see those concepts kind of boring, you could be more impressive with the design by Rozetked. The concept sports an incredibly thin design (thinner than Galaxy S3 and iPhone 5), top-notch tech specs and some great features. The device is codenamed GT-i9500 and features an 1080p AMOLED edge-to-edge display, 2.0GHz quad-core processor, 13MP camera, physical home button, Android 5.0 Key Lime Pie and particularly the projection laser keyboard dock.

It projects an image of a keyboard on a surface and then users can type directly on the projected keys. It is more awesome that the keyboard could be activated by gesture as we can see from the video below.

What concept do you want to become the real Galaxy S4?