The smartphone is equipped with a WVGA 4.7-inch touch screen supporting a resolution of 800×480 pixels. In terms of hardware it’s got a dual core 1.2 GHz processors, 1 GB RAM. It is equipped with two cameras a 5 megapixel camera with auto focus and led at the back and a 0.3 megapixels front facing camera. It comes with 8GB internal memory that shouldn’t be a problems because you can upgrade your storage with an SD card up to 64 GB. It’s got a soft touch back and dedicated buttons instead of touchscreen button. 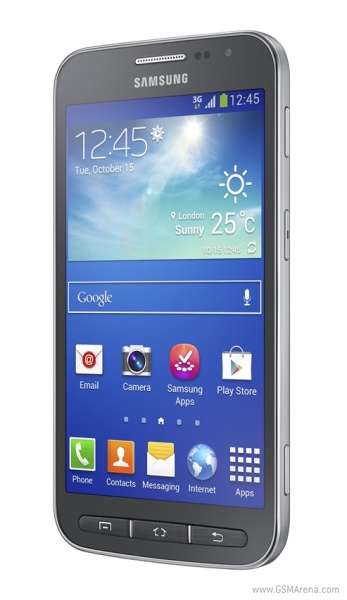 Samsung says the reason they used dedicated buttons instead of touchscreen buttons was for those who are not comfortable using a touch screen. It’s also equipped with all the latest sharing technology like NFC, Bluetooth 4.0, S Beam, GLONASS, 3g and Wi-Fi. The smartphone will have jellybean 4.2 out of the box and powered by a 2000 mAh battery.

Galaxy Core Advance will come with all the latest Galaxy software’s like S Translator, S Voice, Group Play, Easy Mode and Sound and Shot. Aside from all the Galaxy software it also comes with Light Sensing Technology, Instant Voice Recorder, Optical Scan ( helps to read the text from an image out loud ), TTS also known as Text to Speech and Screen curtain. For more information you can visit Samsung’s website as they have listed the yet to come Galaxy Core Advance on their website. It will be available in both pearl white and deep blue colors. The smartphone looks great and the features that it has for being an entry level smartphone are worth it. There is no news on the pricing of the smartphone but for an entry level smartphone it should be at an affordable price and the phone might go for sale in 2014.