Samsung Galaxy Note is neither a smart phone nor a tablet and is categorized as something in between the two. The Samsung galaxy note runs Android and is very light weight. It has a screen size of 5.3 inches and some very impressive features. For starters, it is easy to hold and has a large screen, which is bright and allows for better viewing.

It also has two cameras, an 8 Megapixel camera on the back and a 2 Megapixel camera on the front, which is used for video chat. Samsung has introduced the feature of Stylus, which they refer to as an S-Pen. It is a perfect feature for those who like to work on a big screen. It allows them to take notes, write memos, emails in a very convenient and smooth way on a big sized screen. 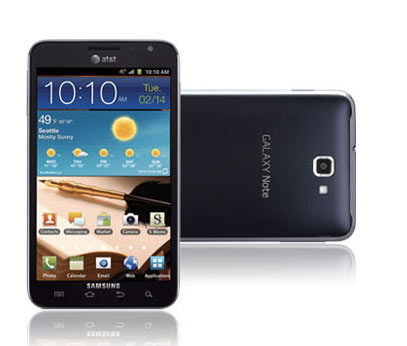 The Samsung galaxy note has the features of both the Samsung tablet and Smartphone and has the characteristics of both technologies confined in a single device. This is convenient and handy, especially for those who don’t want to carry two Sim cards. Now they don’t have to carry two devices with them in order to make use of their applications separately, as Samsung Galaxy note has characteristics of both. It also features an inbuilt Flash support and this flash is available in memory space of 16 GB or 32 GB. Furthermore, it has the option to increase the memory of the device by adding an SD card to it that provides it with extra storage space.

Disclaimer: Please follow this guide at your own risk. TechWalls will not be liable if your device gets damaged or bricked during the process.

There are certain requirements that should be met before rooting the Samsung Note device.

After meeting these requirements the rooting process can be executed as follows:

For more updates and queries, visit forum thread at XDA-Developers.