Panasonic FX80 is a high quality 12 megapixel compact camera. It sports a LEICA branded 24-120mm equivalent lens as well as Mega Optical Image Stabilizer. Read on to find out what else this camera has to offer. The camera seems to be pretty durable and it has touchscreen shooting as well as touch auto focus which usually works well. Also it can record videos in Full HD.

The LUMIX FX series are known for their design and performance and the new Panasonic Lumix DMC-FX80 is the latest addition to the series. This camera can certainly keep up with its predecessors when it comes to style and it sports a LEICA DC VARIO SUMMARITI lens with brightness of F2.5. The camera also has 24mm ultra wide angle lens, it can record full HD video and has 5x optical zoom. This slim and stylish camera is a combination of great looks and great features

Also, the camera boasts of 12 MP CCD sensor and processor combination that is capable of 3.7 fps continuous shoot. It also features an intelligent noise reduction.

The camera also sports a 3” touch screen which enables the touch autofocus as well as touch shooting.

This camera isn’t the best thing for those of you who would like to have manual control over the images owing to its reliance on automatic modes. 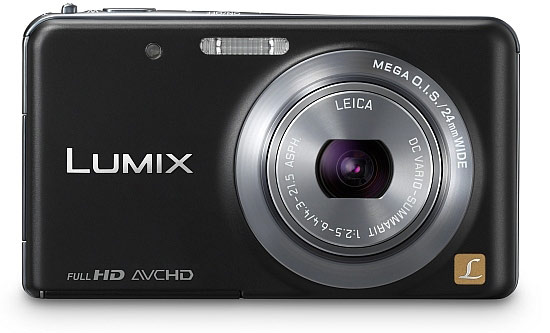 The camera has a petite metal chassis which is sturdy as well. The Panasonic Lumix FX80 has a rather non descriptive design but it is undoubtedly quite well built. The smooth finish and the small size make it hard to grip. As the camera has a touchscreen, you will get few physical controls with it. It has an off/on button, a shutter release and a zoom rocker. It also has image playback button, and a video record button which is one touch. Speaking about the ports, at the bottom of the camera you will find the battery and the memory card and at the side you will find an HDMI port and A/V out port. The two port covers seem to be pretty tough and can survive everyday use.

There are not enough physical controls hence the camera is largely dependent on touchscreen and onscreen menus. 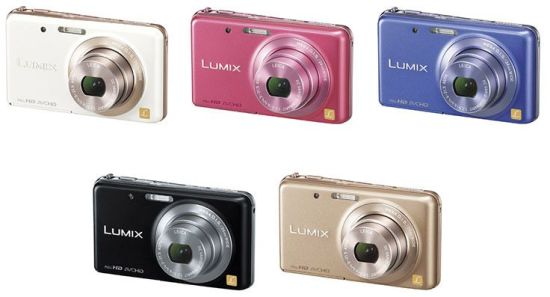 The touchscreen is quite large but is not responsive enough and may take a number of touches before it responds. Also it has a low resolution (230k dots).

Some of the on screen buttons are extra small and the meaning of some of the on-screen icons isn’t all that clear. However it can be said that the camera is pretty easy to use.

Panasonic FX80 has a good intelligent auto mode which is mostly accurate but might get tricked by bright skies. The dynamic range of the camera is somewhat stunted.

The color of the image is pretty lifelike and is saturated nicely. However the green might look particularly vivid. Colors may become washed out when it comes to overcast conditions. Although the images on the screen are pretty bright the screen isn’t quite sharp owing to the low resolution.

The white balance is accurate most of the time but it produces warm color casts on the interior shots when the flash is being used.

The speed of autofocus is average when the shutter release button as well as touch shutter is used but the accuracy is fine generally.

The video performance of Panasonic Lumix FX80 is nice and the image quality is quite reasonable while the audio quality is pretty good owning to stereo microphones. The focus is maintained well by the camera due to short zoom range.

The battery life is of about 240 shots which is pretty good.

Price of Panasonic Lumix DMC-FX80: The camera comes in five different colors and is priced at $239.95

Panasonic Lumix FX80 is pretty easy to use and has a number of impressive features. The screen is large but not that responsive to touch. Ultimate image quality is nothing great. The more advanced users will be disappointed due to lack of manual control.

The camera has its own set of pros and cons. It undoubtedly has a lot to offer but there are some features which could have been better.