If you are excited of the next Apple OS launch, then you should know that you are going to be very much disappointed in this regard as Apple has been in a mood to strip away those pompous release programs which have been their trademark since the beginning days.  The predecessor of the Lion OS, the Snow Leopard has been a minute development from its respective predecessor Leopard. The world would have though that the Lion (10.7) is the end to the series of 10 OS and the world is going to have the series 11 OS from the Apple with a whole lot of influence from iOS. But the company is not putting a curtain to the X chapter; rather meet the Mountain Lion (10.8), the next OS from the Apple in the X series. 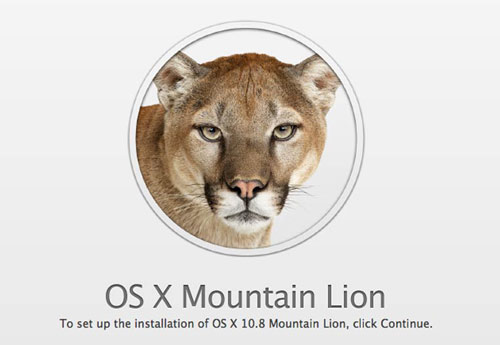 This is one of the most used service from the house of Apple Inc. The user needs to sign in with their existing .Me account or create an account of his or her, to gain services after installation of the iCloud. Though it is really disturbing to create another web based account, but it is recommended that the user should have one account, which can not be changed later on, to gain access key many key features of the new version OS. If you ask how this works, and what the benefits are, then in short it can be said that you can have a sync of all your iOS devices, the PC, iPhone, Pad and even more. You can even upload the data to the cloud and can have a check at the usage of the cloud space from the same. 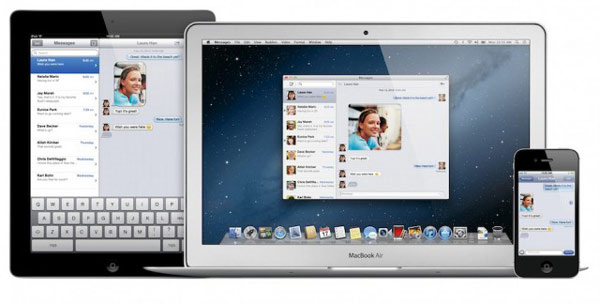 There are various ways you can send a message from your mountain Lion OS X. You have the iChat for the Mac, as well as the iCloud for providing you with an awesome chatting experience. iChat is Apple’s desktop messaging service, just like the Gtalk and other such service providers. Plus there is the iCloud which allows the free messaging between the various iPhone, iPad, iPod touch, as well as Mac. Through this service you can easily send documents, HD video, and photos of range 100 MB, to each person even using the phone number as their point of contact. The app also provides you with the notification once you have the messages got delivered or even read. Plus the UI is such easy that even a person handling it for the first can get accustomed to it in minutes. You can even have a group chat from the messenger.

Now this is for those who forget the things they have planned to do or have been told to do by someone. Even the very careful men and women around do forget few things often. This is an App which has been imported straightaway from the iOS. With this you can make your ‘to-do-list’ on a binder paper. You just have to check the option or task which you have completed. You can always change and have the info about the listed task by clicking on the ‘i’ option behind each list name.  You can easily access the reminder from any of your iOS devices, and thus can manage it from anywhere. Moreover, it is able to sync itself with the various apps like the Google Calendar, Yahoo Calendar and other such things.

It is probably the most exciting feature of the Mountain Lion OS X (10.8). With every single received message, the notification button on the furthest right corner of your device goes blue and an alert appears in the notification panel. Though the notification becomes quite an irritating element after a few days of usage, like when you have a list of updates prompting out of the desktop corner while you are in to some work. But for messages, pop ups will only stay for a maximum of five seconds, whereas for the calendar and software updates, it will remain till you hide them by yourself.

As for the security of the Mac, the Mountain Lion is very much safer than its predecessors. It has the Gatekeeper, specially designed for making the PC safe from the unwanted programs and to safeguard it by identifying and blocking the harmful programs from the web. The Secure Certificate provided by the companies which produces the Apps for the OS, so that it can identify the manufacturer while installing or downloading the same from the web.

Overall, the Mountain Lion OS X (10.8) is a sophisticated and developed version of the predecessor Lion OS. Though, most of the development is nothing else, but the copy of the features of the iOS used in iPhone and other such device. But this advancement and the literal sync of the mobile and PC platform have provided the user with a unique experience.