A new alleged picture of a new Nokia Lumia 950 Windows Phone has emegered over the internet. The picture is considered to show a prototype version of the Nokia Lumia 950.

According to the sources, the phones name is a direct influence from the gold old Nokia N95 but there is nothing more about the fact that both resemble in any way.

Rumored specs of the Nokia Lumia 950

Normally, when an alleged image or a prototype picture is leaked, there is a set of specs that is also leaked besides it. We got our hands on some of the alleged specs of the new Nokia Lumia 950. 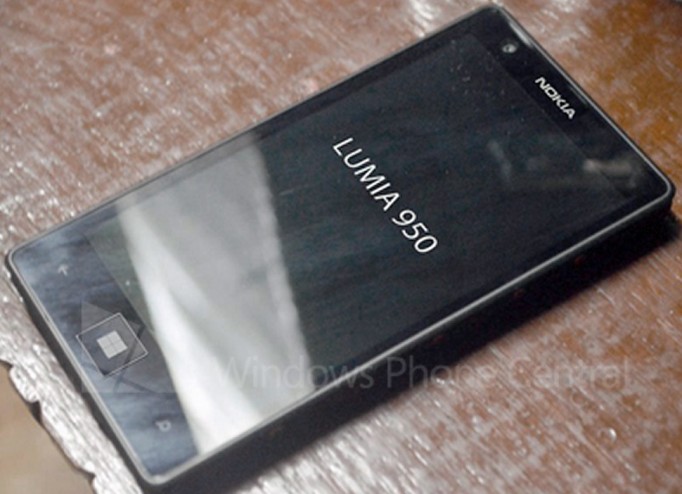 According to the rumors, the phone will have a 720p resolution (1280 x 768) with an AMOLED display. The resolution is not high definition so we can guess the screen size to be between 4 and 4.5 inches.

There were no details given out regarding which type of camera will the new Nokia Lumia 950 will have but it is considered that it will have a better and bigger sensor, Xenon flash, loseless zoom, oversampling, video stabilization, and superb low-light performance. All these features are enough to attract a part time photographer to carry such device in his pocket all the time. But still these are just rumored features and we still have to see if they are true or not.

The phone might also feature a 2GB RAM and an extended battery life compare to the previous model in 900 series, the Nokia Lumia 920. We have seen that Nokia is constantly working on giving out more battery backup to its devices. Especially when we look at Nokia Asha 3310 announced at the MWC, the phone supported a standby time of 30 days and that’s huge.

The overall form factor of the Nokia Lumia 950 as shown in the image resembles to previous models in the Lumia lineup. But the new windows home button at the bottom is something new and gives the phone a new look and feel.

Although, such images are not considered to be true or their authenticity is somewhat compromised, we still think that this image portraits the next Windows Phone pretty clearly. We will keep you updated on any news about the Nokia Lumia 950 as they arrive.