The first real Windows Phone from Nokia, the Lumia 800, has just been announced at Nokia World 2011 in London. The Nokia Lumia 800 looks very similar to the N9 with the same 3.7-inch 480×800 Clear Black AMOLED touchscreen, we can see the design is inspired heavily by Nokia N9. There are just some minor changes like the additions of a dedicated camera button, Windows Phone buttons and camera flash is placed on a different place on the back. People are getting quite excited about the phone as this is the first real Windows Mango Phone from Nokia. Let’s check out its tech specs and pricing.

The Lumia 800 is available in 3 colors, Cyan, Black and Magenta. Its shell is made of a solid piece of polycarbonate and is just 12.1mm (0.48-inch) thick, so it looks very industrial and feels perfect in hands. It features an 1.4GHz processor (Qualcomm MSM8255 Snapdragon S2, Adreno 205 GPU), an 8 MP autofocus Carl Zeiss rear camera with LED flash and 720p HD video recording, 512 MB of RAM, 16 GB of built-in storage and free 25GB of online storage on Microsoft’s SkyDrive. Some other notable features include HSPA+ connectivity, TV Output, FM Radio, Bluetooth 2.1, GPS and Wifi. The handset is powered by a a 1,450 mAh battery which provides up to 9.5 hour talk time on 3G, 335 hour 3G standby time, 55 hour music playback and 7 hours of video playback. 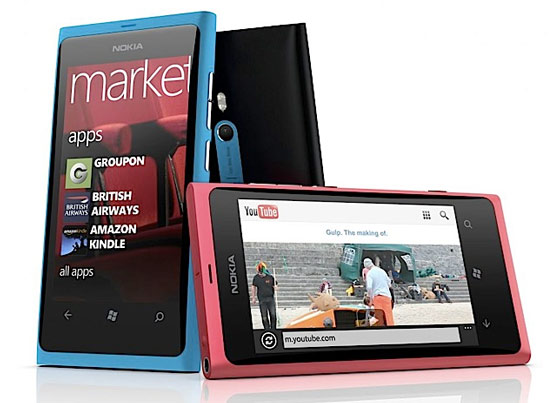 Nokia takes the most advantages of the important software Microsoft Office and brings it to the Lumia 800. Besides, it also comes with some unique preloaded apps from Nokia such as the 2D/3D turn by turn navigation with voice support app Nokia Drive, the free music streaming service Nokia Music and the ESPN Sports Hub to keep track of your favorite sports. 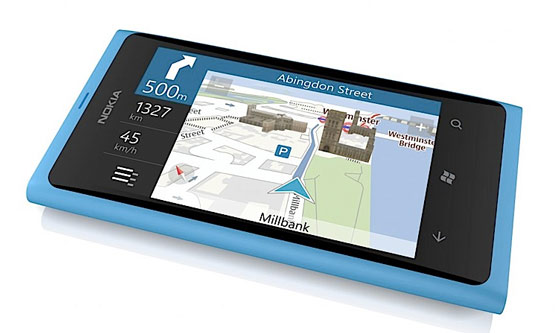 Check out the first hands-on video on the Lumia 800.

The good news for Nokia fans is that the Lumia 800 is available for pre-order right now for €420, or about $585. It will start shipping in France, Germany, Italy, Netherlands, Spain and the UK first this November, other countries by the end of the year and it will hit US market in early 2012.