Facebook has just introduced a redesigned News Feed that devotes a larger space for stuffs that matter to its users than what used to be with the eight-year old real estate look where only about 40 percent is dedicated to status updates, events, photos and videos.

In a press conference on Thursday held at its headquarters in Menlo Park, Calif., Facebook CEO and founder Mark Zuckerberg told the press that the revamped News Feed highlights three major modifications: more visual for “rich stories,” mobile consistency and full customization options (You can sign up for the new Facebook news feed here, but the revamped news feed won’t immediately appear on every user’s profile as the social media is slowly implementing the changes to avoid disruptions in user experience).

For instance, users can start getting real-time updates about the activities of friends they want to appear on their news feed simply by tweaking the custom menu.

However, what has been scantily reported is that the redesigned news feed has trails of similarities with the Google Plus look, which has seen its own share of new design a day before the Facebook announcement. 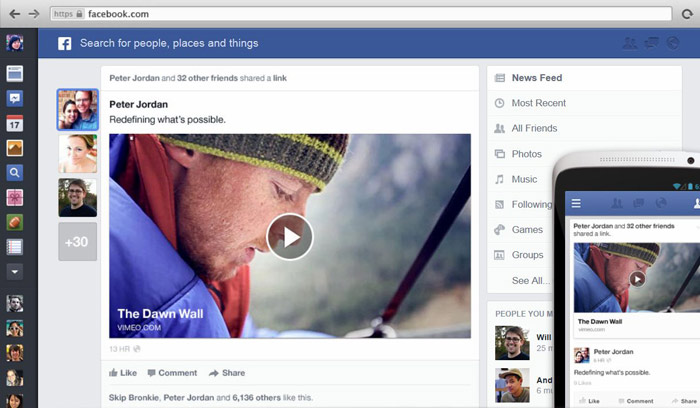 The overhauled Facebook news feed prominently mounts a cleaner left side bar containing visual icons of favorites such as photos and messages. This is a big leap from the cluttered news feed filled with more texts than icons that substantially consume more space. But the new look is suggestive of the Google Plus signature design with stacks icons to the left, though with a slight difference in terms of color. Google Plus’ grey-scale side bar contains colorless icons of photos and games, whereas Facebook’s are much livelier.

In terms of the landscape dedicated to major contents such as status updates, previews of shared links, check-ins, photos, videos and events, Facebook has widened the center space for easier reading such materials. Again, this has already been seen on Google Plus news feed. 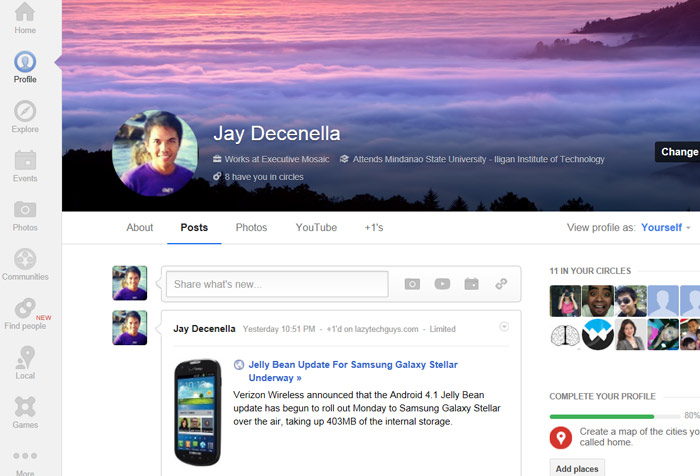 Perhaps, one area that Facebook soared a notch higher than Google Plus is in the richness of contents displayed on the news feed. The new Facebook design now features updates about music, games, events attended by friends such as concerts and parties, well, almost everything under the sun. And you can control which of these updates you want to see on your feed.

The redesigned Google Plus has its version of original features, too. It now adds Local Reviews to its profile pages, where users can highlight their favorite restaurants and stores, or completely hide updates they don’t want to see. What’s remarkable about the new Google Plus profile look is the bigger space for cover photo (up to 2,120 x 1,192 pixels) with enhanced aspect ratio (as much as 16 x 9).