It all started with Google and Apple. And now it’s Microsoft’s turn! But, Microsoft has made its mark in a very less time, compared to Apple and Google. Yes! Windows 8 store has got some good news for the millions of users with over a hundred thousand apps awaiting to be downloaded. Kudos to Microsoft!

Well, it’s true that Windows expected to reach this milestone in a period of 3 months, that’s exactly 90 days from its launch in October 2012. And now it’s going to be around 250 days and that’s like really late. But Microsoft has reached this 100K faster than its competitors – Apple that took 14 months for 100,000 iPad apps and Google that took around 18 months for 100,000 Android apps. And this seems to be really an impressive feat for the giant software developer.

It’s not just this; the rate at which Microsoft is developing its app store creates hundreds of expectations in the minds of people. And with the Windows 8 store hitting the milestone achievement of 100,000 apps in just 7-8 months, the expectations have exactly doubled and tripled. 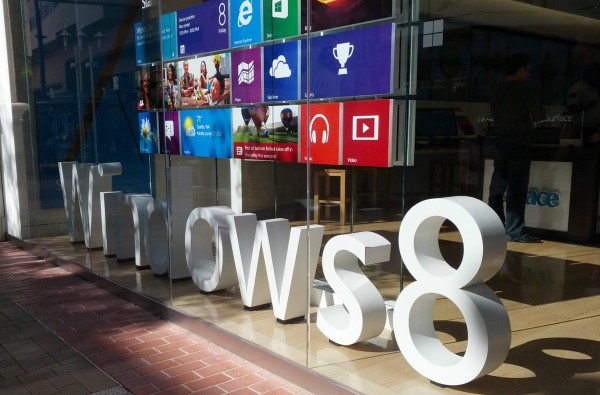 When it comes to the Windows store, there’s a very significant development from its launch. Microsoft launched its app store with just 9000 applications and within a span of six months, there were around 50,000 apps. It’s only in this June the figure of 80,000 applications was marked. And soon within a month’s time, Microsoft has tweeted about its milestone achievement of crossing 100,000 apps. Intriguing, isn’t it?

But still, even after achieving this, Microsoft seems to play catch-up with Apple and Google regarding the overall number of apps. That’s because the total number of apps in Microsoft Windows app store is nowhere close to the count – 375,000 iPad apps in the app store of Apple or to the millions of apps in Google’s play store. But, when you compare to the Mac store of Apple with just around 15,000 apps to download, Microsoft is more likely to be the undisputed champ.

Microsoft surely deserves to brag with such a big count, but quantity is not usually everything! While it’s true that the number of apps have drastically increased and Microsoft has got some big names as partners too, the fact that the store still lacks some major titles and has unfavorable quantity to quality ratio can’t be denied. In other words, 100,000 is certainly a very big number, but without the catalog attracting users to download, the celebration is going to be just premature.

The Windows 8 store has hit the milestone, but lacks the productivity apps, media creation apps and the top games for the tablets. Of course, the Windows store does have Office, but that’s pretty much expensive compared to the other apps like Pages, QuickOffice and Keynote that are in great demand in the tablet market. That’s not all, there are many more things that Windows store requires. With a bit deeper look into the apps available at Apple’s app store and Windows store, it’s really easy to point of the plenty of gaps that Microsoft needs to fill.

There are huge figures and big names, but with plenty of gaps! So, it’s hard to do for the users with lots of apps either missing or more expensive. But, the crusade of Microsoft has just started to pay off and experts believe that, by the time Microsoft launches Windows 8.1 officially, the store will surely be bolstered with all the important apps filling the gaps. And now, it’s no time to pause as Microsoft has to continue along its trajectory to make the Windows store a source of strength and a perfect rival for the app stores of its real contenders Apple and Google.