It was a shock to me to see the surprised look on many faces when mentioning to them about Windows finally entering the tablet market. For many of them, they always thought that Windows had a tablet of their own. With Android and Apple being the top competitors, Windows was a company that was silent in the tablet wars, until now. Microsoft announced on on Monday evening that they will be entering the market with the Microsoft Surface. The device isn’t being marketed as a tablet per se, but more of a computer with it’s flipped out soft keyboard. Could the laptop focus of the tablet make it a huge player in the tablet wars where Apple reigns? Let’s take a look.

The tablet, as mentioned before, is Microsoft’s time to make their own market of such a device. This means that it was built by Microsoft, the same way Apple builds their own devices, rather than just running the software or using other’s parts. The market is made up of two models, the Pro and RT. The Pro, of course, is more powerful and with a stylus, but it’s clunkier than the RT. The tablet is going to be dependent on Windows 8, an OS that makes use of the same activity blocks that we see with the Lumia. This makes the apps come to live, rather than be presented as stagnant icons. What distinguishes the Surface as a portable computer, the answer is in the full USB port. Yes, you read right, the Surface contains one USB port. 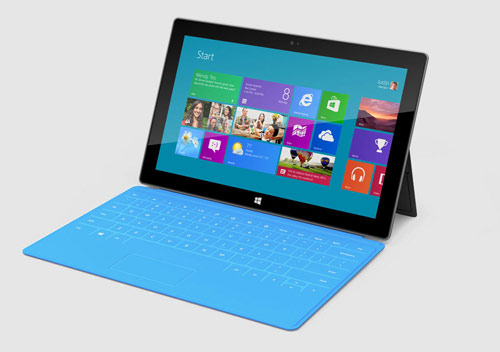 You are most likely reading this because you want to see if the iPad will be competition for the Surface. Possibly, you are reading to look for someone to confirm your belief of the strength of the iPad in the tablet market. Both assumptions in my opinion are not entirely true. While I do feel that the Surface is the most feasible of competition to the iPad we’ve seen yet, I don’t feel it has much grounding. The one thing that many analysts don’t want to say is that many consumers are tied to a name. This is the reason why a phone without Flash and took years to bring picture messaging to their phone is more popular than an Android with more features. The name Apple evokes thoughts of a better quality model. Changing consumers minds when it comes to technology is very hard to do. 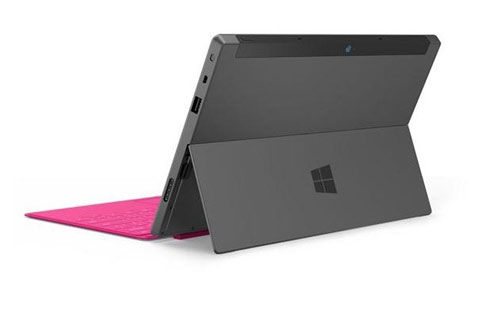 As an individual that honors the brands I enjoy and have a good track record with, it would be no less than ridiculous to ignore the value that the Surface provides to the tablet market. This tablet has many things that make it more web browsing friendly than the iPad. No, I am not saying that just because of the keyboard. When individuals kept mentioning that was the case, I was nearly screaming with the response, “tons of keyboards are available for iPad”. However, we should finally remember that the Surface will certainly be geared more toward the users who would have most likely gone with a netbook. It is more of a laptop replacement than, say, a Macbook Air.

Microsoft hasn’t revealed a price yet. But we aren’t the type of people that take a “no comment” type of response lightly. Microsoft has repeatedly mentioned that it will be competitively priced. That’s all we need to speculate a prospective price range. If it’s competitive, we are certain they really mean, ‘it will be priced less than iPad’. That’s not a direct quote, but that’s the of course implied meaning. We feel Microsoft will certainly price it no more than $800, $700-$750 being our speculated max. A more reasonable price I feel Microsoft will sell the RT for will be $450-$500, the Pro will most likely have a $600 minimum. Will our predictions fan out? We’ll have to wait and see later this year when the Surface at the Microsoft Store and online.