Windows 8 finally has a release to manufacturing date – first week of August, as confirmed by Microsoft on its yearly Worldwide Partner Conference. The much awaited operating system will then be ready to go on sale on October 26.

‘Release to Manufacturing’ means that the company’s hardware partners like Acer, Lenovo will be able to use the final draft of the Windows 8 on their new devices. Also, RTM is seen as a deadline for the company’s software engineers to halt any more development work on the product for the market. Any changes later in the software will be presented as ‘feature packs’ or patches.

The final user version will be released along with the first range of next-gen devices running on the new Windows 8. Also, users who bought Windows 7 PC’s yesterday would be able to upgrade their computers to Windows 8 Pro, for a sum of $14.99 once it has been released. This is the second such upgrade announced by the company. At the beginning of this month, Microsoft had announced a $39.99 upgrade pack for consumers using Windows versions, choosing to go back to Windows XP. 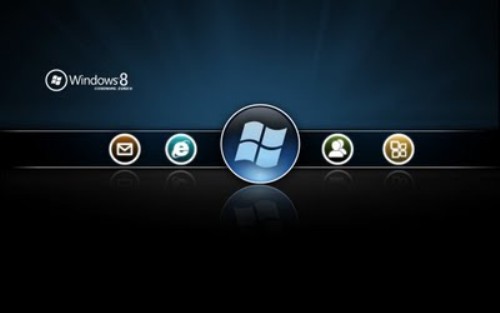 The timing of the release comes well in the time range given by Microsoft in its Release Preview in May. Also, its no surprise since the company often favors the later half of the year for any operating system updates and news.

Plenty to look forward to

This operating system has been the most tried and tested pre-release OS ever, said VP Tami Reller, at the conference. Also, Microsoft for the first time has plans to create its tablets, powered with an ARM based Surface device. This tablet is also expected to be available at the time of the Windows 8 release. A few months later, users can look forward to an Intel based Windows 8 Surface tablet to be launched by Microsoft. However, the main focus at the conference was on the company’s partner firms. The Microsoft VP Reller introduced many tablets, PC’s and even Ultrabooks all in the planning process from partners like HP, Samsung, Acer and Lenovo. Reller said that Microsoft has tied up with top OEMs on almost hundreds of device designs for Windows 8. Some of the designs include tablets that convert into PCs, and a Lenovo all-in-one PC with a normal sized touch-sensitive monitor. The VP also showed demos of a painting program, where the user can in actual use a brush for painting on the screen.

Microsoft also showed a teaser of the new version of Office, however without giving any such relevant details. The CEO Steve Ballmer said,”I’m running Office 15 and Windows 8 all day, every day. I’m completely in love.” He went on to state that the sales approximates for the devices powered by Windows 8 are around 375m PCs within the next one year. He also described the Windows 8 OS launch as “the biggest deal for Microsoft in the past 17 years“. The OS will be released to partners in October, and will be shipped in 109 countries in 231 languages.