In San Francisco, Apple’s Worldwide Developer’s Conference happened this morning. Among many other announcements the company announced that the iOS App Store has now reached 1.2 million applications.

This is a large number that puts Apple on par with the competitor Google whose Play Store also has an estimated 1.2 million Apps. Apple CEO also said that to date, users had downloaded 75 billion applications, and users visit the App Store 300 million times per week.

The growth rate is impressive for a platform that has strict regulations compared to its competitors. At last year’s WWDC which also happened in June, Apple announced there were then 900,000 apps available on its platform, which had been downloaded 50 billion times. The company also made a big deal about money paid to the developers which amounted to $10 billion. Apple saw huge growth last year too because as of October 2013 available apps topped 1 million, with 475,000 designed specifically for iPad, and $13 billion paid to developers. 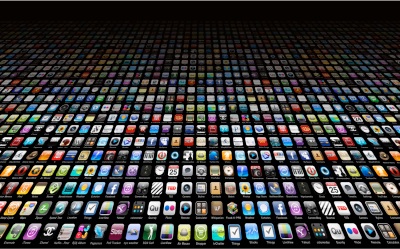 Since the App Store has become huge it is becoming difficult for new developers to get noticed. This has forced them to try new tactics, legal or not, in order to get their App in top charts. The most recent example is the copy of the game “Flappy Bird”. New Developers have launched games and apps with the name Flappy in it in order to get noticed. The crowding of the App Store will force seasoned publishers to look outside of Apple’s ecosystem when it comes time to promote their creations to a wider audience.