Apple might be in big trouble after the recent testing done by Gizmodo showed that the motion sensor Apple M7 on the iPhone 5S is malfunctioned and does not show proper readings.

The site did a series of test before reaching the final conclusion that it is in fact the iPhone 5S that is having problems in the motion sensor.

Just after the launch of the iPhone 5S, many users reported the same problem over different forums indicating that the device’s accelerometer is not working properly. It can be both due to a hardware problem or a software glitch but if it is to be related to hardware, then Apple is surely in a lot of trouble for it.

Another interesting thing that lead us to the conclusion that it is indeed the iPhone 5S hardware fault is that the device was tested side by side with the iPhone 5 running the same iOS 7 and with the same settings. Still the iPhone 5 shows the correct readings while the iPhone 5S differs by few degrees.

The test includes many different cases to see if the problem really exists in the iPhone 5S or not. First, the device is tested against a common inclination measurement tool. The iPhone 5S inclination level was 2 to 4 degrees off the normal reading.

Also with the gyroscope, the device also shows the difference of about 3 degrees. Gyroscope is important in a way that majority of the racing or sports games use accelerometer and gyroscope to steer the wheel of the car or move forward using it. But a faulty gyroscope on the iPhone 5S totally ruined the game. The test was taken on the EA’s Real Racing 3. iPhone 5S was placed on a flat surface; the race starts and without doing anything, the car starts to tilt to the left. 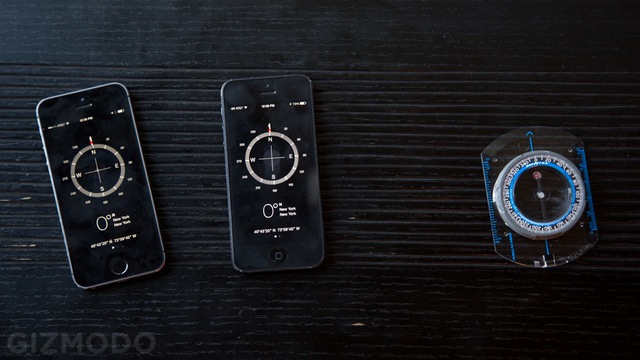 The last and the most interesting thing was the compass. Since it is used by many people in many different occasions so the test is taken of it as well. iPhone 5S compass showed roughly 8 degrees more reading than the iPhone 5.

No matter what the results are, iPhone 5S accelerometer is not in good shape right now and Apple need to fix this problem soon. Since the replacement won’t be a solution if the defect is at hardware level. Apple has yet to confirm that the iPhone 5S motion sensor is faulty but we know that the tests were not lying about the sensors.