iPad 5 rumor mill was going low for quite some time until today we received a few leaked photos showing the next generation iPad 5 front and back panels in grey and silver color.

The images were leaked on the same site that brought us the leaked images of the iPhone 5C and its various colors before the launch. So we can say that the images hold some sort of creditability in terms of whether it is fake or real.

This is a clear indication that Apple is focusing on the color aspect of their devices as shown with the iPhone 5S gold color addition and the cheeky colors of the iPhone 5C. There is no doubt that the iPad 5 might not come in a new color considering Apple did make a move on colors for their next generation iPhones. 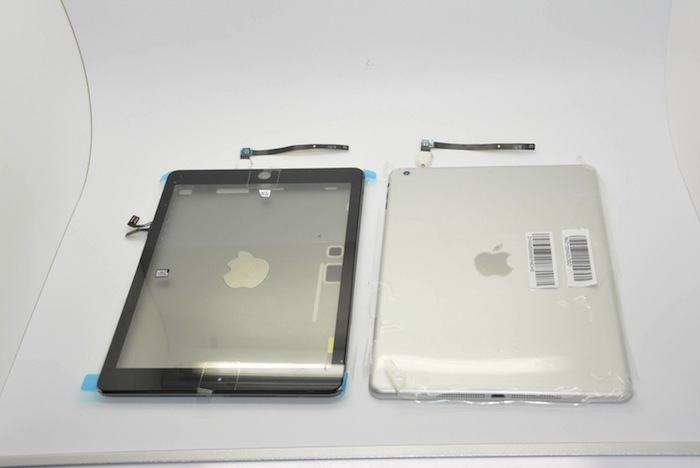 Normally we see one single event from Apple show casting both the new iPhone and iPad at the same time but this year, there is a change in pattern followed by Apple. Maybe it was due to the fact that the iPhone 5S and 5C launch event already hosted two new devices from the company and Apple allegedly delayed the iPad 5 announcement. It might also be the case that majority of the Apple workforce was working on the iPhone 5S and 5C and not many units were operating on the new iPad 5. 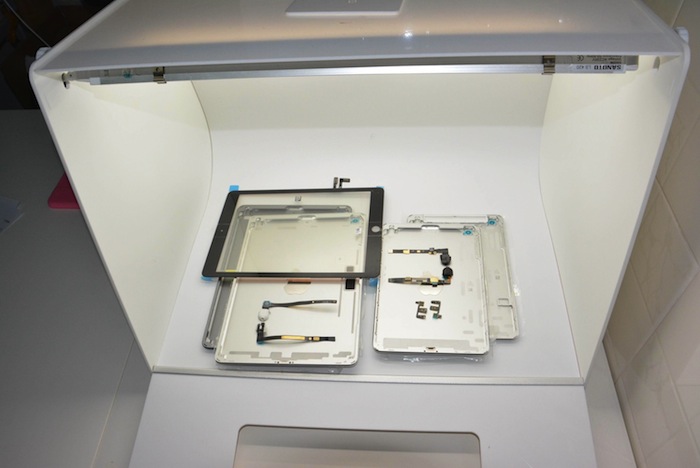 The images also displays some of the design features of the iPad 5. Many critics predict that the next generation iPad 5 will have majority of the design characteristics taken from the iPad mini including the narrowed side bezels or its thin looks.

To be honest, iPad 5 does look cool in a total grey color. The Apple logo at the back also has a greyish color but it would have looked better even if the Apple logo would have been left black just like the previous models.

Right now, these images are the first evidence of the iPad 5 being in the production stream and we hope to see more about the new iPad 5 in the upcoming days.