The front panel shown in pictures looks thinner than the previous full sized iPad (iPad 3) and resembles a lot with the iPad mini. In other words, we can say that the new iPad 5, with this type of thin body, looks like a big brother of the iPad mini (except for the hardware specs). 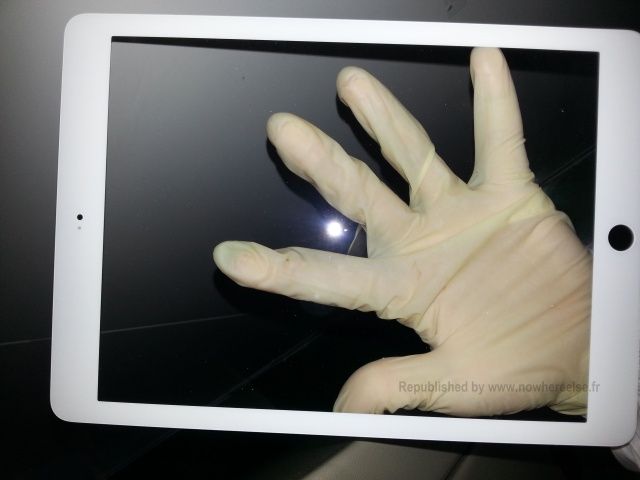 As usual, we will suggest you to hold your houses and do not get over excited after looking at the image of the front cover because it could have been edited or tempered with but the sources who received these pictures are legit and many of their leaks and rumors comes out to be true.

Previous rumors had already suggested that the new iPad 5 will have a 9.7 inch display and will have a thinner form factor just like the iPad mini.

It is still not known what the new iPad 5 will have in terms of features and screen type. Many are saying that it will come with a RETINA display but mostly say otherwise. There are also rumors that it will have the quad core processor to support next generation graphics and gaming.

According to the sources, there is no confirm date of arrival of the new iPad 5 but it is said that it will go in mass production starting this summer.  Previous rumors suggested an April release of the new iPad 5 but seeing this image leak in April surely put the above rumor beyond any doubt that it is not possible.

We will update you about the release date or specs as soon as we get our hands on them. Till then, leave us comments down below to show us what you think about the new iPad 5.