Intel has announced its new SSD line of series with the new mSATA form factor, called the 525 Series SSD.

After Intel announced its intentions to kill the production of its motherboards, many experts believed that it was a move from the Intel to focus more on its other products. And by this announcements, it proved that.

With a solid performance from the previous SSD series launched by Intel, it has already made its place among the top competitors like the OCZ and Corsair. Still it was lacking few things like the introduction of the new mSATA form factor and by announcing the new 525 Series SSD, Intel nailed that one as well.

The new 525 Series SSD will be comprised of a small mSATA form factor with 6GB/s speed and performance. This will give a new opportunity to manufacturers to build more innovative Ultrabooks, mobile gadgets and other consumer electronics. 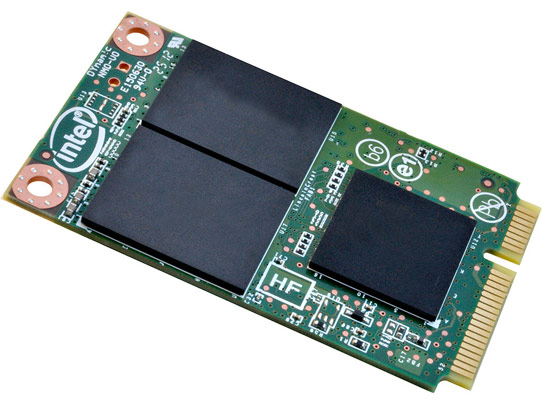 Features of the 525 Series SSD

Some of the main features of the newly announced SSD Series are:

The 525 Series SSD will come with 128bit encryption capabilities for its valuable customers. This is one of the most authentic and powerful encryption any SSD owner can have.

Intel was already known for its reliable and durable SSDs, but the new 525 Series SSD reduces it even further. The new SSD have no moving parts whatsoever that magnificently reduces the risk of data loss due to any kind of shock, vibration or jamming.

With the introduction of the 25nm Flash Memory, Intel’s 525 Series SSS outclasses many other SSDs in the same category.

The new Series will have the following models. Their respective Read/Write speeds are also mentioned

Backed by a 5 year limited warranty, the new Intel 525 Series SSD is a total WIN for anyone who needs reliability, durability, performance and bang for every buck he spends. The Read/Write speeds it provide, alone, is enough for it to be considered the best SSD in the market right now. Inside the SSD package, the user also gets Intel SSD Toolbox with Intel SSD Optimizer, a free utility for Microsoft Windows users that can help them to keep an eye on the health and performance of the SSD.