The trend of gamers watching other gamers play is expected to increase in popularity in the coming years as more online streaming platforms and more conventions become available.

The online gaming industry has boomed in recent years, and not everyone who is involved in the industry always takes part as many now enjoy watching other play rather than actually participate. Online streaming platforms as well as fun conventions have been created to satisfy gamer’s appetites for new and exciting game-related activities. 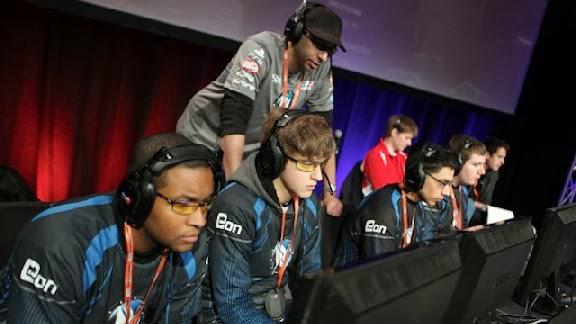 Watching games rather than playing them is a way for gamers to feel like they are partaking, without getting overly involved. It can also be a good way to learn how to play a game before joining in the action and some of the most popular games that people like to watch include World of Warcraft. Gamers can stream the action online via platforms such as Twitch and YouTube to allow others to watch. The users may choose to watch a friend partake to see how a game like Halo is played, or may want to learn the tricks of the trade in a game such as Call of Duty, before playing themselves.

Twitch has taken off in recent years, with 25 million viewers signing up for an account in the last year and a half. The concept began in 2011 and it works by offering gamers a platform from which to stream live content rather than create any content of its own. This content may come from a convention or a feed from a live game and even major updates and news stories in the industry such as the release of the Playstation 4 can be watched via Twitch.

Some of the world’s largest gaming conventions take place in Europe, where the annual Gamescom in Germany is the number one event for video game enthusiasts. The 12-day Festival Ludique International de Parthenay (FLIP) in France is another popular crowd pleaser and PAX Prime in Seattle, USA, is one of the major events on the gaming calendar.