The phone has already been crowned as the thinnest & slimmest android smartphone till date (only 6.18 mm thick). HUAWEI Ascend P6 also sports a super sensitive “Magic Touch” screen. It means, you will be able to use this phone with your gloves on. 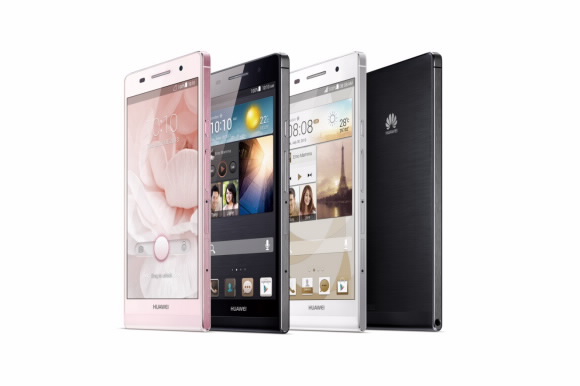 Take a look at the full Specifications of HUAWEI Ascend P6:

The HUAWEI Ascend P6 comes in a metal chassis and available in three beautiful colors- white, black, and baby pink. It seems like Huawei has designed this phone for the tech savvy youth. With the 5 MP secondary snapper, you will be able to capture good quality self shots and post them on the social networking sites. According to the press release – “With Huawei’s proprietary IMAGESmart software, the HUAWEI Ascend P6 turns even the most novice photographer into a professional, with contrast and color enhancement, auto scene recognition, object tracing focus, and instant facial beauty support.” HUAWEI also added “unique Automated Discontinuous Reception (ADRX) and Quick Power Control (QPC) battery optimization and power saving technology” to increase the battery life up to 30%.

According to the website “The Guardian“, The HUAWEI Ascend P6 will go on sale from July and will be available “through Vodafone, Telefonica, Orange, H3G, O2, Carphone Warehouse, TalkTalk, Media Markt & Saturn, TIM and online via Amazon and CDiscount with other markets to follow”. the estimated cost of Hauwei Ascend P6 is around €449 (£385) which is lesser than the iPhone 5 price in the UK.

So, have you ever bought a HUAWEI smartphone? Are you going to buy their latest offering the Ascend P6? Let us know in the comments section below.