People who are waiting for the release of the newest tablet HTC Puccini would be very happy as it will be available very soon. The HTC’s chief financial officer Winston Yung has revealed that this product will be available for order in late September or early October.

That’s all he disclosed, he did not give any further information about the tech specs of HTC Puccini. According to some predictions so far, HTC Puccini would sport the 10.1 inch screen with 1280×800 display resolution like Samsung Galaxy Tab and Motorola Xoom. Besides, it owns an 1.5-GHz dual-core Qualcomm Snapdragon MSM8660 processor, 8 MP camera with dual-LED flash and a secondary camera. Puccini will run on Android 3.2 Honeycomb with HTC Sense UI and similar to the HTC Flyer, Puccini also includes PenScribe technology for stylus input. 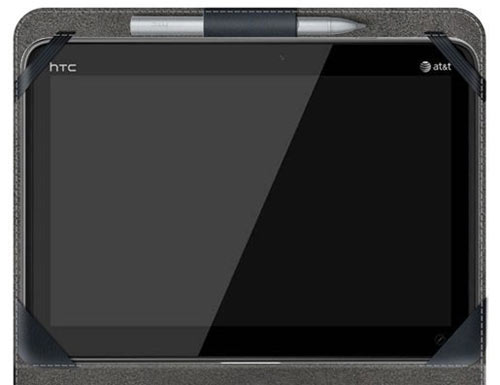 Some sources say that HTC doesn’t invest much for the stylus pen like they did with HTC Flyer, however, this will be an essential accessory not only for HTC Puccini but also for all HTC tablets that will be released in 2012. It is possible that HTC will introduce Puccini in IFA 2011, the world’s largest trade show for consumer electronics held in Germany in early September.