Reports are coming that HTC is also in talks with Google to launch a special version of their popular HTC One smartphone with No HTC UI Sense and stuff like that, just plain old stock Android.

The news was broke first from the same guy who also confirmed about the Samsung Galaxy S4 with stock Android like a week ago. So we can say that it looks pretty solid right now that there will be a HTC One with stock Android. 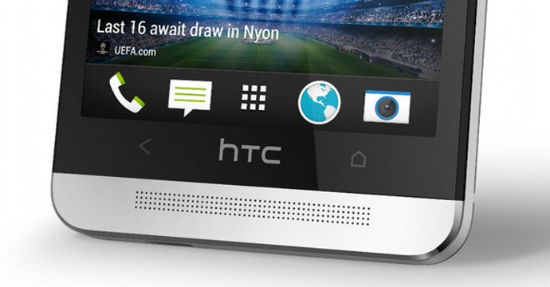 Many people are not taking this news a good thing. The main reason behind this thinking is that most of them are now hoping that Google should announce the next Nexus 5 but instead of that, Google is launching different variants of smartphones already available in the market which makes no sense at all. But we think that it is a good move from Google to boost up their sales figure, by targeting two of the best devices from HTC and Samsung.  But if you ask us, we would not be surprise if Google plans to launch a stock Sony Xperia Z as well since it is the best device Sony has made to date and the top selling smartphone of 2013.

HTC has also announced the vanilla edition for HTC One which will be confirmed in the next 2 to 3 weeks and will be targeted for a summer launch. Considering that HTC had already said that they will be doubling the production of HTC One clearly suggests that there is something a lot more going on in HTC and that this double production is due to the stock HTC One and the vanilla edition as well.

Leave use comments down below and tell us what you think about this. Will it harm Google’s reputation and anticipation for the next Nexus 5 or will it actually help Google in making solid figures?