Have you ever wondered how altered the world could become only if all the phones lose their silent mode? Our mobile devices spend a considerable part of their day lying in silent or vibrate mode. Whether you have to attend a class, go to an important official meeting or any other event, your phone goes into silent mode straight away. It is a feature which is found in almost every single mobile set, starting from dumb phones, and carrying all the way through feature phones to the present day smartphones. It is a common sight to see a person’s iPhone turning slowly to one side because it is vibrating in silent mode.

If you are a fan of iOS jailbreaking, then you must be aware of the fact that the jailbreak app store, named Cydia, has tweaks and apps related to just about any conceivable aspect of the operating system on iPhone, iPad or iPod touch. There are many themes and wallpapers for enhancing the graphical appearance of your iDevice. You might have even found a few Cydia tweaks which were aimed at making the silent ring mode in your iPhone more useful, productive and efficient. These tweaks basically let users make their phone do things which caught the attention of the user without producing any sounds. 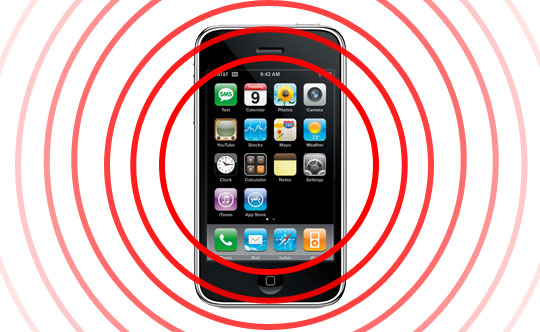 This can be done in many ways, like flashing lights or making the camera Led glow, but by far the most intuitive method for enhancing the usefulness of the silent mode in an iPhone is the use of custom vibrations. There might have been to customize vibrations of an iPhone prior to iOS 5, but they were confined to the Cydia store only. A handful of users choose to jailbreak their iDevice, and the rest previously has no way to make any changes to the vibrations their cell phone produces. Fortunately, that is no longer the case.

With the release of iOS 5, not only did the iPhone get some major changes, like the Notification Center, there are a few minor, albeit useful, changes in the OS as well. Now you can create custom vibrations with ease, so that in a tight spot or when you can’t take the phone out of your pocket, you will know immediately what exactly are you being notified of.

To do that, go to the Sounds menu in the stock Settings app and in it choose Vibrations. You will be greeted by a rather long list of vibration types. Here you can add your own variations with ease. This can be done by changing the custom vibration defined by default. Generate a new rhythm by drumming your fingers against the screen, and once that has been done, save the pattern you just made. Now quit the Settings app and you can begin using the custom vibration rhythm as an identification mark of any of your contacts in the iPhone address book.

Please note that you will have to enable custom vibrations from the Accessibility section of the Settings app if it is not already switched on.