As young entrepreneurs tend to do, Adam Jiwan imagined from a young age what it might be like to run his very own business. Drawn to the complexities and challenges of engineering a company from scratch, he registered his first business venture – Ground Rule Double – when he was only 13 years old. And he has not stopped since.

Who is Adam Jiwan?

Adam Jiwan is a Harvard-graduated investor and entrepreneur who has almost two decades of experience in founding and acquiring, investing in and developing businesses globally. Jiwan is the CEO, Chairman, and co-founder of Spring Labs, a collection of innovators, entrepreneurs, and technologists currently developing a blockchain protocol that aims to transform how financial institutions share credit and identity information. 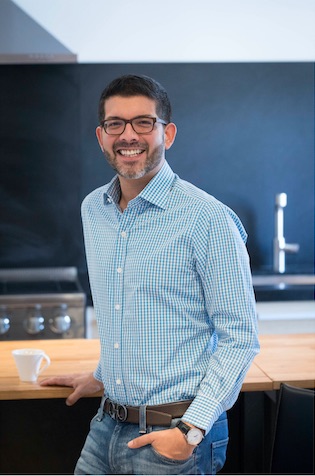 Earlier in his career, Adam Jiwan joined entrepreneur and founder Al Goldstein to invest in and become a founding board member of Avant, a lending platform out of Chicago. Adam is also a managing partner of a holding company that has interests in real estate services, financial services, AI, eSports, and vertical software.

Adam is a father of two who begins every morning with a workout and daily meditation routine to prepare for workdays that are usually a marathon of sorts.

Adam Jiwan discovered early on that a single person could not build successful businesses all by themselves. So he decided from the outset of his career to cultivate a  solid professional network of business partners. Many of his later professional successes stem directly from the care he took in this effort.

Forbes listed Pangea as one of 2015’s Most Promising Companies. Through Pangea, the three entrepreneurs developed an excellent personal and professional relationship that led to Jiwan becoming a founding board member and seed investor of Goldstein’s next startup, Avant.

The same rinse and repeat process worked once again. Avant became and continues to be a success, now the 4th biggest online lending platform in the US. While supporting the development of Avant, Adam Jiwan met John Sun, the third and final Spring Labs Co-Founder, and currently Chief Product Officer and President of the fintech startup. Sun was one of Inc. Magazine’s 30 Under 30 of 2015.

They noted how lenders hated giving up their hard-earned customer data at no cost to the credit bureaus, the security issues with these centralized data aggregators, and the extent to which they lacked transparency for consumers.

With these “problems” laid out on the table, Adam, Anna, and John saw an opportunity to update, clarify, secure and streamline the identity and credit ecosystem. Using blockchain technology, they architected a solution to transform how financial institutions share information. Here, Spring Labs was born.

The “Spring Protocol” is a decentralized network for the identity and credit ecosystem – and aims to drive much more secure, accurate and transparent exchange of related information.

Adam Jiwan continually speaks to the importance of the accumulated experiences of every single person involved in building Spring Labs. They all agree that a major overhaul was necessary to reform the existing credit and identity ecosystem, but that it would take the talents of each team member and those that they continue to assemble today to bring the Spring Protocol to fruition.

Spring Labs is not only a labor of love for Adam Jiwan and his team; it is a “must-do” endeavor that can answer essential needs in the financial industry. Backed by the founding group’s passion for bringing overarching change to the financial sector, you can expect big things from Spring Labs shortly.