I always love to see how these big giants fight. Now it’s live again! According to the reports of Wall Street Journal, Google and Audi have started working together to develop Android based in-car information and entertainment systems and they are going to publicize it in the coming Consumer Electronics Show.

As the sources are mentioning, these systems will be designed in order to allow the drivers to check into the apps and services similar to that of Android apps available in smartphones and tablets.

But here comes the punch! This announcement is a reply to the seven month old announcement that Apple has started working on iOS based car systems. Apple in a statement released seven months back said that they are planning to integrate iOS systems in cars infotainment systems like GPS, media players and will sync it with your iPhone so that you can access the maps, media and other apps present in your phone. On the other hand, looking into this Google also joined hands with Audi in order to develop Android based systems that will run Android apps even on car. Things are getting interesting day-by-day. But one question i have – Where is Microsoft? I hope they are within the frame.

Reportedly, Apple and Google are trying to secure the support from world renowned car manufacturers. In this case also Apple is a step ahead of Google as they have already succeeded in securing their support from manufacturers like Daimler, General Motors, Ferrari, BMW, Honda and Mercedes-Benz. According to some sources, Google and Audi’s conglomeration at the Las Vegas show will project a formation of industry consortium as all the companies show off their collaborative efforts with the car manufacturers. No doubt CES 2014 is going to be something to watch out for! 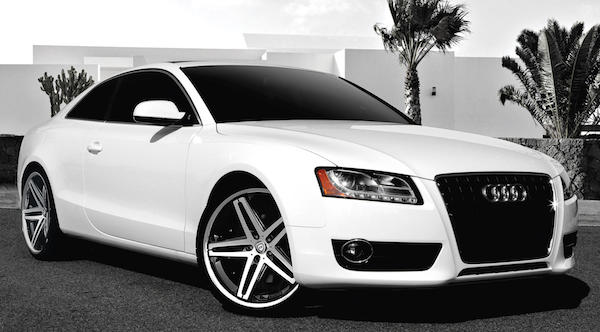 Car will run Android in its own hardware

I got to know that there are some Audi cars through which Google products can be accessed easily. This German automobile manufacturer has already started producing Tegra-powered infotainment systems in its vehicles. This year itself, Audi demonstrated their system with the help of which you can park your car without being present inside the car. Pioneer automobile manufacturer Ford is very seasoned in manufacturing car infotainment and connectivity systems and it came to my knowledge that they have already manufactured 10 million cars over the last six years. At the starting of 2013, General Motors declared their plan of launching car and truck powered with LTE on 2014. Nokia on the other side, vividly worked on their HERE maps for making it compatible in auto systems. They are also planning to sell their system to car manufacturers n 2014.

As per The Wall-Street Journal, Google and Audi will be chalking out a five-year plan within which they would be planning to deliver their Android based vehicle. Excruciating details regarding this project is still behind the veil, but I thing we are rest assured of – that this quick response to Apple and direct involvement of Google in this automotive project ensures that the ‘car’ will be the latest battleground for iOS and Android, nonetheless their respective owners also. Let’s see who wins the battle of wins.