The seven month social network, Google+, is now available for teenagers. This is seen as a way of competing with various social networking websites, including Facebook, who also allow teenagers to become members of their social network. This is different from Google+’s original policy of allowing individuals only 18+. This is actually common for websites in testing before becoming public. This is done to allow the beta testers to have full use of the website’s features. This is due to the fact that individuals under legal age require higher security requirements, like on Facebook.

The teenage allowance even spreads outside of the United States. Users in Spain and South Korea must be 14 or older and the Netherlands must be 16 and older to use Google+. The security added to these accounts include restrictions on video chat and other contact formats on Google+. If the current efforts were meant to go against Facebook, then Google+ better have some other techniques up their sleeve. Currently, Facebook, the largest social network available, reached their 800 million user record recently while Google+ currently has a little over 90 million. 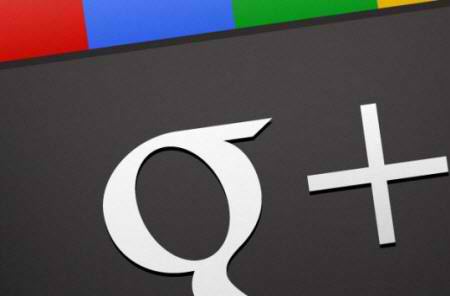 Google+ has increased efforts for more users. This includes implementation on more Google products. YouTube, for example, is more enhanced with Google+ features. In addition, since it’s launch, Google+ allowed users to watch YouTube videos together in Google Hangouts, the video chat feature of the social network. Below, we have listed some steps Google+ is taking to make for a safer Google+ for the teenagers who join the website. Don’t forget to check out Tech Walls and I on Google+ today!

In general, Google+ for teens is just like Google+ for adults. The main differences you’ll see revolve around more in-product guidance and more conservative defaults. Click on a product below to see details.

The world is a big place. Sometimes the message you’re about to send deserves a big audience, but isn’t quite right for the whole world. When you add “Public” or “Extended Circles” to your post, we’ll give you a quick heads up that this could be a pretty big deal. You can then decide if you really want to tell everyone about what you ate for lunch.

Google+ is a great place to find and connect with other people. However, sometimes there are people out there that you don’t really want to connect with (like your weird Uncle Sal). Google+ has recently added new settings for you to help you control how people can contact you.

For both of these settings, we’ve made the default to be the people in your circles (for adults 18+, the default is “Anyone”). This means that, unless you change your settings, you won’t see comments from people outside your circles on your public posts, and those people also can’t contact you via Google+ (except for a “Joe added your to his circles” notification).

To help you be thoughtful about sharing personal information on Google+, the default settings for your profile are meant to make you think before you share broadly. Although some fields, like name and photo are public for you, just like they are for adults, most information is limited to people in your circles. Note that you can always change these settings at any time. Here are a few examples: